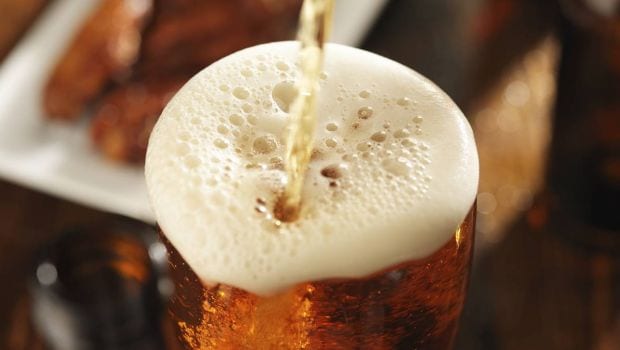 Highlights
By now, you should have probably noticed that people everywhere in the world enjoy sipping a cold beer. In fact, it is a favorite past time among few. There's nothing like sipping on a cold, fizzy beer on a hot day. Though beer technically dehydrates you, it can be incredibly refreshing. Light, bright flavors along with bubbling carbonation and cold temperatures make beer the perfect way to cool down. Beer has worldwide lovers due to its amazing taste and refreshing after effects. From ruby-pink sour beers to cloudy, golden wheat beers with tall heads, beer can be beautiful which has also become a hobby or profession for few. Along with the beer itself, beer packaging and tap handles can be works of art as more and more breweries work with artists to make their beer stand out. Not only artists, beer enthusiasts but scientists also have been trying to brew a healthier and tastier version of the cold beverage for which they are neither leaving the future nor the past for the search. Scientists have recently discovered an ancient Chinese beer recipe.

Scientists brewed an ancient Chinese beer - a sweet, fruity concoction - using a 5,000-year-old recipe discovered by them. Researchers discovered the ancient recipe by studying the residue on the inner walls of pottery vessels found in an excavated site in northeast China. The research provides the earliest evidence of beer production in China so far. "Archaeology is not just about reading books and analyzing artifacts," said Li Liu, a professor in Chinese archaeology at Stanford University in the US.

"Trying to imitate ancient behavior and make things with the ancient method helps students really put themselves into the past and understand why people did what they did," said Liu. The ancient Chinese made beer mainly with cereal grains, including millet and barley, as well as with Job's tears, a type of grass in Asia, researchers said. Traces of yam and lily root parts also appeared in the concoction. Liu said she was particularly surprised to find barley - which is used to make beer today - in the recipe because the earliest evidence to date of barley seeds in China dates to 4,000 years ago.

This suggests why barley, which was first domesticated in western Asia, spread to China. "Our results suggest the purpose of barley's introduction in China could have been related to making alcohol rather than as a staple food," Liu said. The ancient Chinese beer looked more like porridge and likely tasted sweeter and fruitier than the clear, bitter beers of today. The ingredients used for fermentation were not filtered out, and straws were commonly used for drinking, Liu said.

Researchers tried to imitate the ancient Chinese beer using wheat, millet or barley seeds. They first covered their grain with water and let it sprout, in a process called malting. After the grain sprouted, they crushed the seeds and put them in water again. The container with the mixture was then placed in the oven and heated to 65 degrees Celsius for an hour, in a process called mashing. Afterward, researchers sealed the container with plastic and let it stand at room temperature for about a week to ferment.

CommentsFor decades, archeologists have yearned to understand the origin of agriculture and what actions may have sparked humans to transition from hunting and gathering to settling and farming, a period historians call the Neolithic Revolution. Studying the evolution of alcohol and food production provides a window into understanding ancient human behavior, said Liu. It can be difficult to figure out how the ancient people made alcohol and food from just examining artifacts because organic molecules easily break down with time. That is why experiential archaeology is so important, Liu said.