Glitter Beer Trend: Would You Like To Gulp Down A Glass Of Shimmery Beer?

The newest trend that you'd see hitting your favourite bar is a lot sparkler than you might have imagined. Glitter beer is taking over and how. 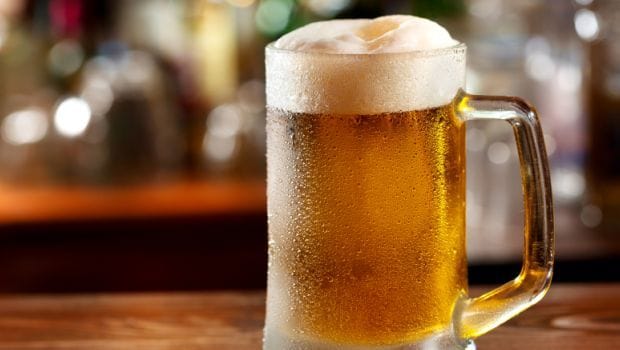 Highlights
Last year, we happened to see some weirdly amazing food trends (read: fads) that took the internet by storm; some of them included the eggsplosion, Gothic black ice-cream trend, ice-cream noodles, glitter coffee, rice burger, water-droplet cake, cloud test and croissushi trend. Buzz around these trends haven't even fizzled yet, we have a new one in the bay and it's known as glitter beer trend. Could you ever imagine your chilled beer loaded with glitter? Well, the newest trend that you'd see hitting your favourite bar is a lot sparkler than you might have imagined. Glitter beer is taking over and how.

Breweries in the US are experimenting with edible glitter in beer that is sort of bringing uniqueness to the alcohol industry. While the trend of adding glitter to anything is not very new, glitter infused beer is definitely the latest addition after glitter coffee trend. These craft beers appear to have a glittery, sparkly swirl. Here's how your sparkly shimmery beer looks like now!

After 'shining' in America, glitter beer is becoming a craze in quite a few parts of Australia now. Sure, the Instagram pictures are amazing and pretty enticing, but does the glitter beer taste different than the normal one? Apparently, these breweries use edible lustre dust, which has no taste or flavour.

As if this wasn't enough, a brewing company known as Ground Breaking Brewing has started offering a dark green, gluten free option with golden glitter in it. Don't believe us? Take a look at this video of glitter swirling in the green drink.

The glitter beer is definitely gaining momentum; however, is this trend really worth the hype? Check out these pictures and decide for yourself!

Some green beer anyone?

Would you like to try glitter beer? Do let us know in the comments section below!