Happy Birthday Anil Kapoor: Steal-worthy Fitness and Diet Secrets of The Actor Who Refuses To Age

Actor Anil Kapoor would be ringing in his 61st birthday. Here are some secrets how he manages to defy age with his looks and fitness. 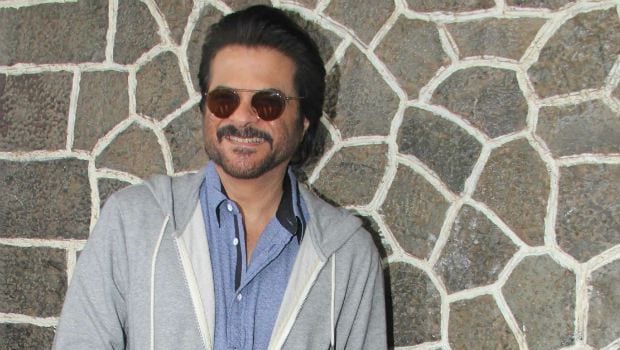 He is an actor par excellence, he is an International icon and he is a superstar who refuses to age. We are talking about Anil Kapoor. Actor Anil Kapoor is ringing in his 61st birthday today (24th December). The actor is currently shooting for Fanne Khan with Aishwarya Rai Bachchan. Fanne Khan is an upcoming Indian Hindi musical comedy film, directed by Atul Manjrekar. One of the most awaited films of 2018, Fanne Khan also stars Raj Kumar Rao in one of the lead roles.

Anil Kapoor started his acting career back in 1979 and went on to be one of the most bankable actors of Bollywood throughout 80's, 90's and 00's. He forayed into production too and gave the Hindi entertainment industry some stellar performances. The national award winner has time and again proven his mettle as an actor and the ultimate fitness and style icon. Father of three: Sonam Kapoor, Rhea Kapoor and Harshwardhan Kapoor, Anil Kapoor with his effervescent looks and youthful energy can easily be mistaken as their sibling. So, what is it that is making Anil look younger day by day (if we may say so)? We dug out some secrets you would love to know.

Anil hits the gym as often as he can. In one her interviews his daughter Sonam Kapoor revealed how Anil goes to bed by 11 p.m. Therefore, he is not seen around in late night Bollywood parties. Is that the secret of his youthful looks?

In an interview for NDTV with Aneesa Baig, Anil Kapoor shared that he hails from a typical foodie Punjabi family. Anil Kapoor's father Surinder Kapoor used to supervise the food catering at RK film studio. Maa ke haath ka khaana has always been Anil's favourite. In another interview with Farah Khan, Sonam recalled how in one of her Diwali functions she gobbled over 100 samosas, few of which were shared by father Anil Kapoor too. In such a happy foodie household, it is Anil's wife Suneeta Kapoor who has to make sure that everyone is eating healthy and remains fit and she is quite a hard task master.

All his occasional indulgences aside, Anil follows a disciplined diet. The actor avoids sugar and junk food, and eats a lot of dairy products. The actor believes sugar is the main villain of most health issues, and the less you eat the better it is for your health. The actor also believes that he is genetically blessed, and is free of any age-related diseases that are common to occur at his age. His eats 5-6 small meals a day. Vegetables, daal, oats, fish,broccoli, celery, chicken and protein shakes are a common part of his diet. His breakfast usually consists of eggs and toast with a glass of fresh juice or black coffee. He keeps himself hydrated with water, juices and shakes.

The actor keeps giving a sneek peak into his foodie side on his Instagram handle. Have look:

Not only does the man know his food and he also values the effort that goes behind it. Here's his tribute post to Chef Gaggan Anand's master presentation at his restaurant.

Anil wrote "@gaggan_anand was on my culinary dream-list for the longest time & here I am today! Starting off the experience with a li'l bit of mystique!"

That's him munching on popcorns before the screening of his film Mubarakan.

So many desserts, yet so fit! How unfair!

That's him having dinner with 'family'. Such a lavish spread has us drooling.

His last year birthday celebrations were all things festive and amazing. Hoping this year is even more grand.