As Arjun gears up for his next venture, he is also making sure that he gets to indulge a bit, every once in a while. 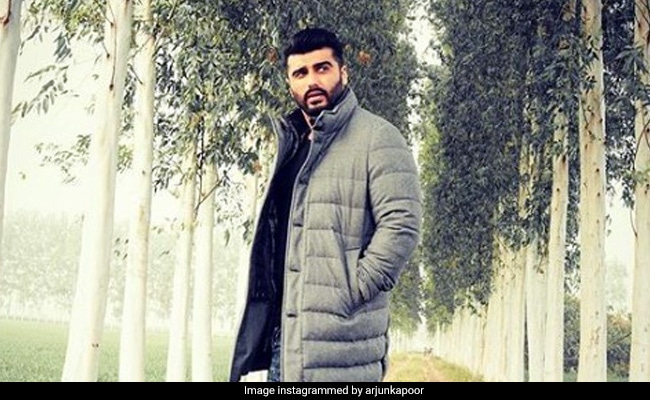 Among all the movie trailers that have released recently, Dibakar Banerjee's 'Sandeep Aur Pinky Faraar' has managed to capture the attention of many movie lovers. People are also appreciating the gritty portrayal of Arjun Kapoor who is playing a Delhi cop on mission. Arjun Kapoor is reuniting with his 'Ishaqzaade' co-star Parineeti Chopra for 'Sandeep Aur Pinky Faraar', and their on-screen chemistry too has become the talk of the town. Arjun Kapoor's last outing on big screen was the period drama 'Panipat', while the movie failed to register great box office numbers, Arjun's role as a Maratha warrior was liked by many. As Arjun gears up for his next venture, he is also making sure that he gets to indulge a bit, every once in a while. On Sunday, Arjun shared an Instagram story where he ordered raw vegan brownies from Mumbai's farmer's market.

Arjun Kapoor has been very vocal about his weight loss journey prior to his debut. He had to revamp his diet, cut down on his favourite treats and work-out for several months. For a self-confessed foodie like Arjun, it must have been a hard task, but we are guessing Arjun is an evolved and conscientious eater now. This is why, perhaps, he opted for a raw and vegan brownie, instead of a dense, chocolate-y variant filled with refined sugar. He also tagged Farmer's Cafe; Mumbai in his post, which seems to be a favourite among B'Town celebrity. It is famous for its delicacies made with organic goods. On their Instagram page we spotted a bunch of celebrities like Shahid Kapoor, Mira Kapoor and Alia Bhat. Have a look.