Binge Drinking or Drinking Daily? How Habits Change As You Age 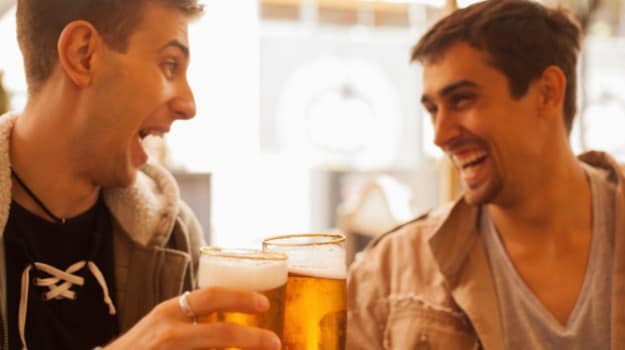 When you hear binge drinking, you're most likely to picture teenagers - young, fresh-out-of-college lads who dance away in bars and wake up with a badgering headache. And then do the same exact thing next week, caring little about what this sort of a lifestyle is doing to their bodies. It's also true that binge drinking phases out, in most cases at least, but it paves way for a new kind of problem.

(Why teenagers should avoid binge drinking?)

According to a new study published in the journal 'BMC (BioMed Central) Medicine', men drink less post-25, when they're in their middle age but many consume alcohol daily. The study found that a substantial proportion of older men drink daily or most days of the week while a majority of women tend to drink monthly or on special occasions.

According to lead author of the study, Annie Britton of the University College, London, "Understanding how drinking behaviour fluctuates throughout life is important to identify high risk groups and trends over time."

Teenagers favour bouts of irregular heavy drinking episodes, only drinking once or twice a week, but as we grow older we shift into a regular drinking pattern. In Britain, the majority of the adult population consumes alcohol and the harm associated with alcohol affects all society.

Research on the health consequences of alcohol needs to incorporate changes in drinking behaviour over the life course. "The current evidence base lacks this consideration. Failure to include such dynamics in alcohol is likely to lead to incorrect risk estimates," Britton said.

Listen to the latest songs, only on JioSaavn.com
The findings show how drinking behaviour changes over our lifetimes, from adolescence through to old age, and could be used to design public health initiatives and sensible drinking advice.

The findings were based on over 174,000 alcohol observations collected over a 34 year period, spanning from 1979 to 2013, from participants born in different eras. Drinking patterns change more for men than for women, but both follow a similar pattern - a rapid increase in alcohol intake during adolescence leading to a peak in early adulthood, followed by a plateau in mid-life, and then a decline into older ages.