Behind the centuries-old stone walls of a Benedictine monastery in northern France, monks are busy bringing a long-lost tradition back to life. 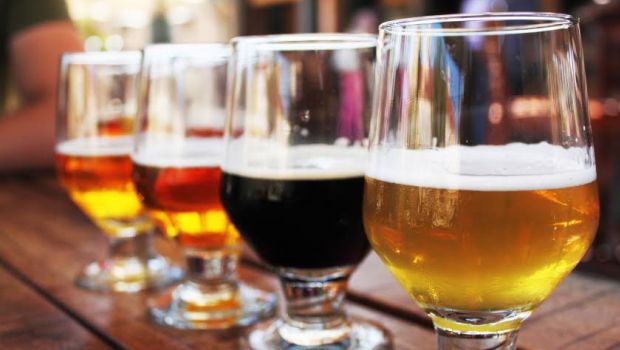 Highlights
Behind the centuries-old stone walls of a Benedictine monastery in northern France, monks are busy bringing a long-lost tradition back to life.

Between prayer, Gregorian chants and spiritual reflection, they work on producing France's only truly monastic beer. "For me it's a major event, one of the most important since I began my career in 1973," said French beer expert Herve Marziou, who advised the monks as they resurrected the venerable trade at the Abbey of Saint-Wandrille.

Nestled in the green heart of Normandy between Le Havre and Rouen, the monastery began selling a precursor of the beer in August before launching its definitive brew in early December.

Now the beer -- sold to help restore the monastery cloisters -- is flowing steadily and receiving high marks in the craft beer market. "The feedback is good," said Marziou, 69.

Some 25,000 half-litre (pint) bottles at 4.50 euros (dollars) each have already been sold at the abbey's shop, at other monasteries, online or through speciality stores. "This is the only beer currently produced in France by monks in their own monastery," the abbey proudly says on its website.

The Saint-Wandrille monastery, founded in 649 and ravaged successively by Viking incursions, the wars of religion and the French Revolution, has been largely destroyed and rebuilt over the centuries.Monastic brewing in France enjoyed a heyday during the Middle Ages, but nearly disappeared after the revolution when many religious orders were dissolved.

Some monks and nuns returned to private life, many eventually marrying, but others fled the country, taking their beer recipes with them. Monastic beers flourish among neighbouring countries, especially Belgium. But in recent memory France's only abbey beer brewed onsite by monks was that of the Sept-Fons abbey in central France, which stopped production in 1935.

Benedictine monks are bound by Saint Benedict's sixth-century "Rule for Monasteries" that says: "To truly be a monk one must work with his hands." At Saint-Wandrille, monks produced beeswax furniture polish before launching a copying business in the 1970s -- which they dropped after failing to keep up with the technology.

The monks cast about for another activity to raise money before seizing, in August 2014, on the idea of a return to brewing, recounts 29-year-old Brother Benoit, in charge of public relations. Two of the monastery's 30 monks took up the challenge, Brother Matthieu, 31, and 70-year-old Brother Christian, who sought out training at an agricultural high school in Douai, near the border with Belgium.

Upon their return, they experimented using a brewing kit they were given by British friends during a trip by a group of Saint-Wandrille monks to Quarr Abbey, a Benedictine monastery on the Isle of Wight.

They then formed a committee that came to an agreement on the desired taste -- bitter but not too bitter -- and colour, a caramel pitched between blond and amber.

"They set themselves apart from Belgian beers that are slightly sweet, but less bitter than the beers typical of northern France," said Thierry Cauet, their trainer in Douai, adding that the taste would agree with drinkers in many parts of France.

If the beer has an English taste, it is because the recipe includes four English hops varieties, grown in France -- "two bitter hops and two aromatic ones" -- said Brother Matthieu, who started out with no knowledge of brewing. At the end of 2015, the monks took the plunge, taking out a 750,000 euro bank loan to buy the necessary equipment.

Their goal is to produce 80,000 litres a year from an operation that employs the two brewers plus packers and a sales force. The label declares an alcohol content of 6.5 percent -- it would have been hard to guarantee a figure of 6.49 percent in honor of the abbey's founding year.