What is The Difference Between Beer and Cider? 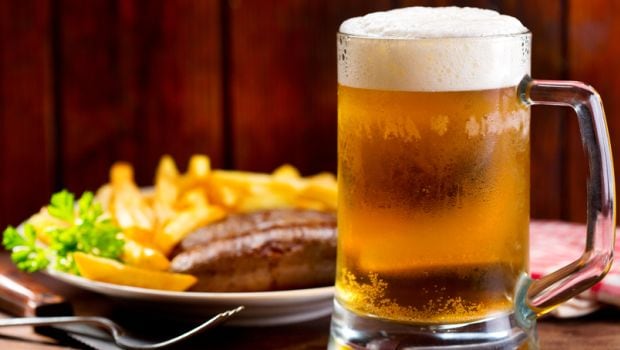 Highlights
Beer is not only one of the most popular beverages, but also one of the oldest in the book. Cider, the newer of the two, was in fact a staple in Britain and is now growing in popularity around the globe, largely as a gluten-free alternative for beer lovers. Beer and cider both are widely consumed all over the world, and yet even the most ardent of cider and beer lovers can often not differentiate between the two.

Scroll down to find out 7 differences between beer and cider.

1. Ingredients: “While beer and cider both rely on fermented sugars to produce alcohol, the two start from very different ingredients”, says Shatbhi Basu, Beverage Consultant and Director of STIR Academy of Bartending. Beer is made from malted barley, whereas cider is made from apple juice. Note: While a beer can contain fruit and other ingredients, no true cider contains malted grains.

2. Process: Beer is produced from brewing and fermenting malted barley, whereas cider (that contains alcohol) is produced made by fermenting apple juice.

3. Colour: While beer comes in pale, dark and very dark colours, and depends on the malt, cider comes in light yellow, orange or brown colours.

For beer: Pale amber colour from pale malts is the most common one, and dark beer comes from a lager malt base or pale malt mixed with dark malt. The very dark beers come from patent malts.

Promoted
Listen to the latest songs, only on JioSaavn.com
For cider: They can vary not only in colour but also from completely clear to cloudy with sediment ranges, due to the filtering between pressing and fermentation.

4. Flavour: When it comes to flavour and variety, cider comes in two types - dry and sweet. Beer is classified in two categories as well, based on the temperature of the brewing. It is called as ‘lager’ if the brewing takes place in a low temperature, and referred to as ‘ale’ when brewed at a high temperature.

5. Alcohol Content: Beer and cider tend to have similar alcohol content. However, cider can be alcoholic as well as non-alcoholic, and beer always contains alcohol.

Comments6. Health Benefits: Cider is a powerhouse of antioxidants, particularly polyphenols (linked to protecting against certain types of cancers). Due to the beer-making process, naturally occurring polyphenols are often removed by the brewer as they can cause beer to appear cloudy. Hence, beer falls behind cider in polyphenol concentration. But according to a 2015 study conducted by the Harvard School of Public Health, beer may actually be good for your heart (in moderation, of course).

7. Sugar Content: Did you know that beer is sugar-free? Some brewers however add sugar to balance sourness. On the other hand, cider can be quite high in sugar as a result of the fermentation process. Sweeter ciders are slowly fermented and repeatedly racked to strain the yeast that feeds on the natural sugars present in the cider. Dryer ciders contain less sugar as the yeast is allowed to consume the majority of cider’s natural sugars and thus contains more alcohol. Due to higher sugar content, ciders are higher in carbohydrates typically. But the calories found in a bottle of beer or cider are pretty similar.

So now that you know the difference between the two, we want to know what you prefer: Beer or Cider? Comment below and let us know!