A New Study Reveals the 'Sixth Sense' of Taste 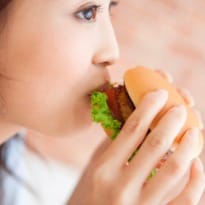 We are familiar with the tongue's ability to sense sweet, salty, bitter and savory tastes. We've also heard of a fifth taste called umami, which is a 'pleasant savoury taste'. A recent study adds a new taste to this list. It reveals the ability of the tongue to sense carbs that allows you to perceive carbohydrates. According to the research, the sensation in the tongue after coming in contact with carbohydrates triggers the pleasure centre of the brain and could explain why diet foods are not satisfying.

"The mouth is a more capable sensory organ than we currently appreciate, able to distinguish carbohydrates from artificial sweeteners when both taste identical," said Nicholas Gant from University of Auckland in New Zealand. "Carbohydrates are extremely powerful stimuli that have profound and immediate effects on the brain and the systems it controls", Gant added.

For the study, participants were asked to squeeze a sensor held between their right index finger and thumb when shown a visual clue. At the same time, their tongues were rinsed with one of the three liquids.  The first two were sweetened artificially - to identical tastes - but one contained carbohydrate. The third liquid was neither sweet nor contained carbs.

Researchers observed a 30 percent increase in activity for the brain areas that control movement and vision when the tongue comes in contact with carbohydrates. This means carbohydrates influence areas of brain that are not affected by artificial sweeteners even if that means only tasting and not swallowing the carbs. This study could answer questions mysterious questions like why athletes respond immediately to carbs and some aspects of uncontrolled eating disorders, mentions Gant.

"This 'sixth taste sense' for carbohydrate is likely one of many additional food qualities that are detectable by receptors in the mouth," Gant was quoted as saying in media reports.