Cheese tea originated in Taiwanese street stall and has made its way to cafes around the world now. 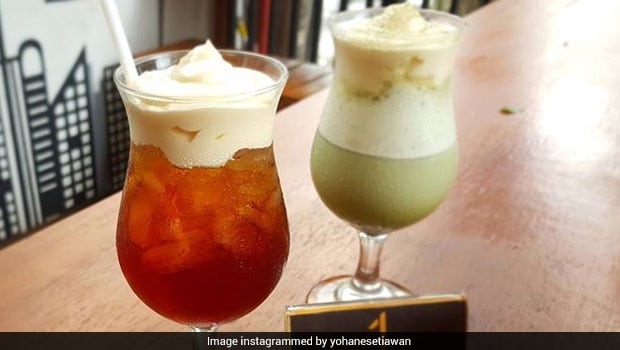 Highlights
Promoted
Listen to the latest songs, only on JioSaavn.com
We know what you're thinking. Cheese and tea are two things you never thought would go together. Well it's 2017, and apparently everything is possible. In a world of extremely adventurous food lovers and over-experimental chefs, cheese tea has been invented and has become a rage among tea lovers. The beverage that originated in Taiwanese street stalls back in 2010 has now made its way all around the world and is ruling social media feeds. It doesn't taste as awful as it sounds apparently.

The drink has been embraced with open arms by food bloggers around the world, but that's only because it doesn't involve dunking a piece of cheese into milk tea or anything disgusting like that. The drink is simply made of an iced tea base that is sweet and is topped off by a thick layer of salted and light cream cheese. The tea varieties usually used to make the base are oolong, green tea, jasmine tea or any other herbal tea.

The taste has been described as 'unique' by those who have tried it. People are calling the drink a tea-flavored creamy milkshake. Sounds interesting! The unique beverage is being sold by a few cafes around the world only, but it seems like the drink is quickly attracting patrons by thousands. Currently, the most popular cheese tea is being sold by a Chinese chain Happy Lemon, that also has branches in America and also the one sold by Los Angeles-based Little Fluffy Head (a reference to the light cream head of the drink).

Other cafes, the world over, are also picking up on the cheese tea obsession and believe it or not, there's at least one café in India too that's selling the drink! The Turkey Project in Defence Colony has recently introduced cheese tea on their menu.

If you're a tea lover and can accept it any and all of its forms, then you shouldn't pass up on this. But if you're a puritan chai lover, who doesn't like even small changes to their cup of comfort, then you should stay miles away from it.