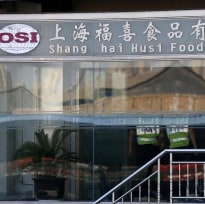 The parent company of a scandal-hit Chinese food supplier said it is withdrawing all products made by the subsidiary.

Shanghai Husi Food Co Ltd, owned by Illinois-based OSI Group LLC, is at the centre of a major food safety scandal, which has spread from China to Hong Kong and Japan, over allegations it mixed fresh and expired meat.

In a statement posted on its website late Saturday, OSI Group said it would "withdraw from the marketplace" all products made by Shanghai Husi, and that it was conducting an internal investigation into current and former senior management.

It vowed to take "swift and decisive action" including legal measures against those responsible for the scandal, and said a new management team would be brought to China.

Regulators in Shanghai said on Saturday that Husi had forged production dates on smoked beef patties and then sold them after they expired.

Promoted
Listen to the latest songs, only on JioSaavn.com
OSI Group said it would fully cooperate with Chinese regulators. Chinese police have detained five people as part of the investigation. The scandal, which has dragged in global food brands including McDonald's Corp, KFC-parent Yum Brands Inc. and Starbucks Corp.., was triggered by a local television report last week showing staff at Shanghai Husi using long-expired meat. The report also alleged the firm forged production dates.

Food safety has been a big concern for Chinese consumers after dairy products tainted with the industrial chemical melamine sickened many thousands and led to the deaths of six infants in 2008.