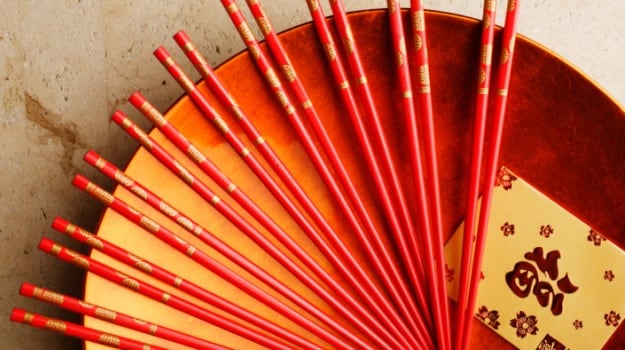 Different cultures across the globe have varied traditions and beliefs associated with the start of a year. While some may celebrate the newly harvested crop, others usher spring. But for each one of us, it's a time to plan anew and start afresh!

The Chinese have quite a bold and ceremonious style of celebrating their traditional new year. Though the Gregorian calendar was introduced to them in the 16th century, it was as recent as 1912 when they started following the western version. According to the traditional Chinese calendar, New Year - also known as the lunar New Year - falls on the second new moon of the winter solstice. Simply put, sometime between last week of January and February. According to historical records, the existence of the traditional Chinese calendar dates back to the 14th century.

Each year is celebrated as the year of one of the zodiacs and the animal associated with it, i.e. ox, rat, goat, snake, dog, rabbit, dragon, tiger, horse, rooster, monkey and pig. The festival is a 15-day celebration with reunions, family feasts, food and practices that are believed to bring good luck in the commencing year. Interestingly, most of the festive customs heavily rest upon food. From the method of cooking to the way it's served and eaten, every delicacy on the traditional menu carries a distinct story.

Let's take a look at the traditional foods that hold a special place in the New Year festivities and various rituals spinning around them!

It's interesting to know that some ingredients are preferred over others as they have similar sounding names with 'good fortune', 'good luck', 'wealth', and 'prosperity'. The pronunciation of a particular food item also holds a lot of importance. For example, the Chinese pronunciation for 'fish' sounds similar to the Chinese pronunciation for 'surplus' and that is why cooking and consuming fish is an integral part of the celebrations. Similarly, pears are never consumed during this period as in Chinese language, the word sounds similar to 'separation'!

Some of the star ingredients that go into making traditional delicacies are fish, bright fruits like mandarins and tangerines, minced meat and rice.

Dumplings are most significant. Dumplings are always made in an oval, boat-shaped form and stuffed with cabbage and minced meat. Traditionally, families used to prepare dumplings together during late hours of the New Year's Day. The activity was symbolic of reunion and was believed to bring good luck and prosperity to the household.

Another ritual related to dumpling making is the practice of stuffing a dumpling with a white thread or a copper coin. Those who got the lucky dumpling was considered to possess longevity and wealth. Dumplings are consumed on the new years' eve and are considered to bring monetary fortune. Many believe that dumplings should never be arranged in a circular patter which signifies the never-ending cycle of birth-death-rebirth and rather should be plated straight, in a line.

(How to Cook the Perfect Chinese Dumplings)

Spring rolls get their name from the alternative name of the Chinese New Year - The Spring festival. These are quite popular in the Cantonese region of China, especially during this festival.

According to another Chinese legend, long noodles should never be consumed cut or chopped. The noodles symbolize longevity, hence they are rolled and eaten in one go.

The grand family feast is significant in many ways. As the name suggests, all near and dear ones get together to welcome the new year. Fish forms the centerpiece on the dinner table. Not only is it considered auspicious, but also symbolizes surplus.

A part of the main dish is reserved to signify surplus of the previous year that will be carried forward to the next year. Crucian carp, Chinese mud carp and catfish are the most preferred types of fish for the New Year festivities. Apart from these, cakes, pastries and balls made from rice are also prepared and eaten to celebrate the new year. According to the traditional Chinese calendar, the year 2015 is the year of the goat and delicacies prepared with goat's meat will adorn most Chinese dinner tables.

Food and culture are seamlessly woven together to represent the rich heritage of a nation. Festivals showcase the matrimony between a country's culture and its cuisine. We wish one and all, a very happy Chinese New Year!

Diabetes Diet: How To Make Diabetes-Friendly Methi Raita (Recipe Inside)
Winter Diet For Skin: 6 Diet Mistakes You Must Avoid For Good Skin