Crash Course in Chinese Tea at the World Book Fair 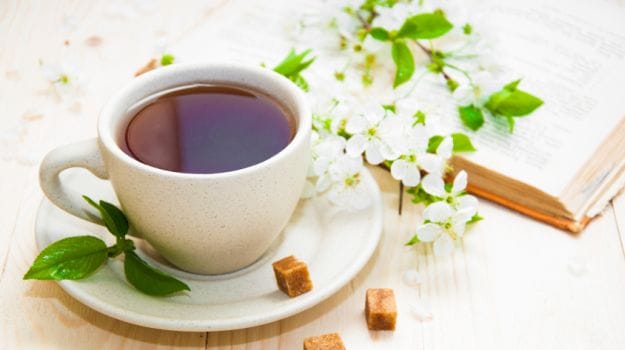 Tea is considered a favourite beverage across India despite the emergence of recent western
style coffee-shops. In neighbouring China, which is the 'guest of honour' country at the ongoing New Delhi World Book Fair, the association with tea can be traced back to a centuries-old tradition. It is believed that tea first originated in Southwest China during the Shang dynasty as a medicinal drink.

A kiosk at the fair has been set up by the School of Tea Culture of the Zhejiang Agriculture and Forestry University, in China, which is the first university in the country to offer a course in tea culture.

Visitors to the book fair can get a crash course into the origin and the developments of tea in China as presenters dressed up in traditional attire showcase different varieties of Chinese tea and demonstrate their respective preparations.

"The logic behind this exhibition is to make people aware of the Chinese culture. Tea holds a significance as it was used as a medicinal drink in China centuries ago, so we want people to learn about that," says David Shao who is representing the stall at the Book Fair. Shao explains that tea is associated with the traditional Chinese culture and they are using it as symbol to show their culture to the people here.

While there are nearly 60 different varieties of tea available across China, they have brought along six of the best flavours - green tea, the black tea, the white tea, the yellow tea, the dark tea and the Oolong tea. Visitors can grab small cups of each flavor, besides taking home small packets of tea.

Wang has also authored a book titled, "The stories of tea, tracing origins of the world's popular drink." "We have books on tea, its origin and also its significance in China which would interest the keen observers or tea lovers. The logic behind offering tea samples to people is to bring the taste here," Shao says.

Promoted
Listen to the latest songs, only on JioSaavn.com
He explains that since green tea is not fermented the tea leaves are green due to the presence of chlorophyll. While yellow is slightly fermented and white tea has a higher degree of fermentation, Oolong tea is semi-fermented and Black and Dark tea are fully fermented.

CommentsThe Book Fair that began here on January 9, is scheduled to continue till January 17.