Deliciously Dangerous: Why Microwave Popcorn Can Be Terribly Harmful 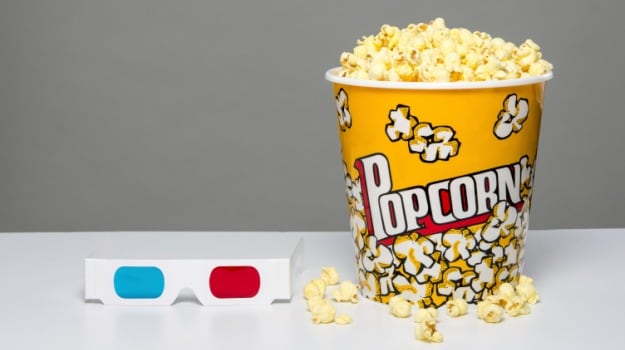 You know that hypnotizingly lovely smell that fills up the room when you make a fresh batch of popcorn in the microwave? Yeah, that may not be as good as you might think. That enchanting smell is actually a chemical called diacetyl, a synthetic butter flavoring. Why is it so bad, you ask? According to a research published in Centers for Disease Control and Prevention, inhaling butter-flavouring chemical mixtures has been linked with severe obstructive lung disease commonly known as 'popcorn lung.’ Diacetyl is harmless when consumed, but when heated to high temperatures, diacetyl vaporizes and becomes toxic.

What’s Going on in Those Factories?
In fact, the National Institute for Occupational Safety and Health (NIOSH), an arm of the Centers for Disease Control, had begun investigating people who worked in microwave popcorn factories who had developed bronchiolitis obliterans (a lung disease characterized by fixed airway obstruction) and the results revealed the cause of the disease was something back at the factory - specifically exposure to an artificial flavoring agent: 2,3-butanedione or diacetyl. It was evident ‘popcorn lung’ was a problem, with NIOSH even issuing a health alert for workers, complete with preventive steps and an exposure limit guideline.

Chemicals, Chemicals Everywhere
Another problem is the presence of chemicals like perfluoroalkyls, perfluorooctanoic acid (PFOA) and perfluorooctane sulfonate (PFOS) which are used to line the popcorn bags to prevent grease from soaking the bag wet. On heating, these chemicals fuse into the popcorn you eat. They’re termed ‘likely carcinogens’ by Environmental Protection Agency (EPA) which cause a host of health nightmares. They mess up your endocrine system, causes thyroid issues, bladder cancer and much more.

Research Says
A study in the journal Chemical Research in Toxicology from researchers from the University of Minnesota reveal a possible link between diacetyl, via its impact on a brain protein and Alzheimer’s disease. Another study that appeared in Mercola says -

“Researchers conducting test-tube studies revealed that diacetyl has several concerning properties for brain health. Not only can it pass through the blood-brain barrier, which is intended to help keep toxins out of your brain, but it can also cause brain proteins to misfold into the Alzheimer's-linked form known as beta amyloid. It also inhibits mechanisms that help to naturally clear the dangerous beta amyloid from your brain.

It's not known at this time whether eating diacetyl-containing foods (it's used not only in microwave popcorn but also in other snack foods, baked goods, pet foods, some fast foods and other food products) increases your risk of Alzheimer's, but the finding that it may contribute to brain plaques linked to Alzheimer's at very low concentrations is concerning, to say the least.”

A Sweet Price to Pay
Probably the most famous case was that of 59-year old Wayne Watson who took home $7.2 million from three companies as damages caused by microwave popcorn. He had been diagnosed with a rare case of irreversible lung disease, which had restricted his air flow by about 60 percent.  His lawyers effectively argued that this disease was a direct result of Watson inhaling toxic fumes and the artificial butter smell of microwave popcorn, which he consumed daily for over 10 years.

Warnings, What Warnings?
A quick look at the labels of most popcorn brands gives way to an unpleasant story. Apart from complex, difficult to understand ingredients, there is no mention of diacetyl or any warning whatsoever. At most, the labels would say ‘natural and artificial flavouring.’ In the past, at large, the Food and Drug Administration (FDA) considered diacetyl safe for consumption. Diacetyl had also escaped FDA regulation because the after effects are to do with respiration and not indigestion. However, FDA is reviewing and rolling out new warnings. However, what the FDA did recently was pass a rule banning trans fats in all food items. The FDA said in its statement "there is no safe level of consumption of artificial trans fat" and gave three years to companies to eliminate the ingredient from their products. Trans fats are commonly found in butter popcorn so that's one unhealthy ingredient off the list.

Grim Substitutes
In the face of so much backlash, a lot of microwave popcorn manufacturers have said they’ll be replacing diacetyl with another flavoring. But what will this flavouring be? Many experts fear the alternatives won’t be any better. An animal study published in American Journal of Pathology resonates with this thought. The researchers found that 2,3-pentanedione, a diacetyl substitute caused similar problems to the lung in rats and caused gene alternations in their brains.

Other Health Concerns
Trans fats, a byproduct of partially hydrogenated oils, is popular among food manufacturers as it gives food a distinctive taste, texture and also increases product shelf life. However, Trans fats is associated with many health problems – it increases bad cholesterol and builds up plaque in the arteries – which leads to coronary artery disease and heart attacks. Trans fats has been a go-to ingredient for microwave popcorn companies for its high melting point, as it keeps the fat in oil solid till the package is heated. Conversely, FDA has taken steps to ban, or limit, the use of trans fat in United States forcing food companies to come up with substitutes. Also, another matter of concern is the crazy amount of salt in these packs.

CommentsDon’t Give Up, Popcorn Lover
Away from the chemicals and grime, it’s far easier and healthier to make your own popcorn at home. You can either put kernels in a brown paper bag and lay it flat in a microwave or put them in a glass bowl covered with a plate for six and a half minutes on high. You don’t even need a microwave. A pan or a pressure cooker works just as good, if not better. The best part about homemade popcorn? Go ahead and ask your lungs to give it a big whiff and inhale in all that homemade goodness.