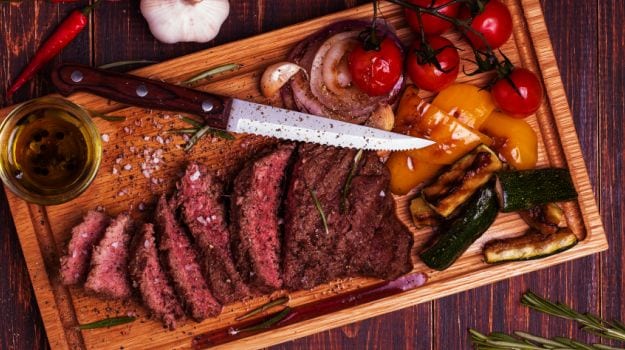 All you meat lovers, it’s time to guard your steak. No, no not literally but if the Danish Government accepts the proposal of rolling out a tax on red meat it might just be a start.

The Denmark Ethics Council has called for a higher tax on red meat, concluding that “climate change is an ethical problem”. They initially recommended a tax on beef while flouting the idea of taxing red meat in the future. Their idea is to tax all foods depending on the impact their production has on the climate and the environment. They believe that introducing a ‘climate tax’ on the purchase of red meat can help reduce the country’s meat consumption which in turn will benefit the environment.

Promoted
Listen to the latest songs, only on JioSaavn.com
This motion was passed in the council with an overwhelming majority. The proposal, introduced by the ethics council, is being debated by the government which believes that even if they impose a tax on red meat, it may reduce the consumption but that may not really affect the world’s Co2 emissions. In the same context, a recent study conducted in the United Kingdom suggests that introducing a ‘sin tax’ on meat, soda, sugary drinks and other unhealthy food items may help lower carbon emissions and can help in developing a healthier population. In November 2015, Chatham House recommended similar guidelines for the United Kingdom. Their findings showed that a “carbon tax” of £1.76 per kilo on the sale of beef could reduce consumption by 14 per cent.

In a press release the council said, “The Danish way of life is far from climate-sustainable, and if we are to live up to the Paris Agreement target of keeping the global temperature rise 'well' below 2°C, it is necessary both to act quickly and involve food”. According to PETA, raising animals for food requires massive amounts of land, food, energy, and water. “A staggering 51 percent or more of global greenhouse-gas emissions are caused by animal agriculture, according to a report published by the Worldwatch Institute,” their website mentions. Moreover, animals raised for food in the U.S. produce many times more excrement than does the entire human population of the country. Keeping this in mind, many countries are making efforts to combat the worst effects of climate change.

CommentsTax or no tax, t’s definitely every individual’s responsibility to make the right choices to safeguard the environment and build a sustainable ecosystem in whatever way they can.