Diabetes Diet: New Research Indicates That This Berry May Be A Diabetes Superfood 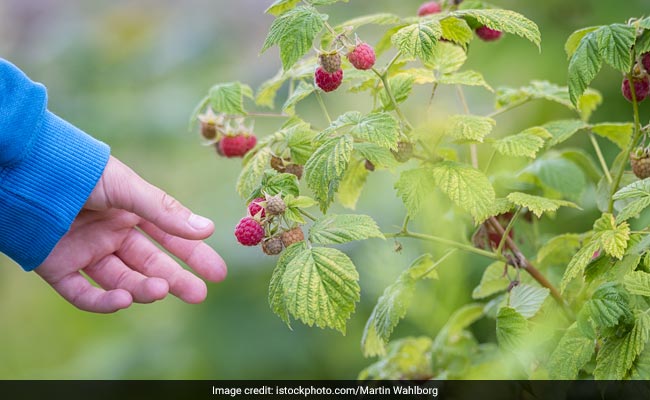 Type-2 diabetes is a condition wherein the body is incapable of processing blood sugar normally. The condition either affects the body's ability to produce insulin or it resists insulin. Some of the common symptoms of Type-2 diabetes include frequent thirst, frequent urination, tiredness, hunger and even blurry vision. The condition may be regulated with the help of diet therapy, exercise and medication. There are foods and drinks that you can add to your diabetes diet, in order to manage diabetes. New research has indicated that red raspberries may help obese people with pre-diabetes as well as insulin resistance.

Two separate studies published in the journals Obesity and Annals of Nutrition and Metabolism have indicated that diabetics may benefit from including this red berry in their diabetes diet. The one published in Annals of Nutrition and Metabolism was titled, "Raspberries Improve Postprandial Glucose and Acute and Chronic Inflammation in Adults with Type 2 Diabetes". The other one published in the journal Obesity was conducted by researchers at the University of Illinois and it showed the benefits of dietary inclusion of raspberries for people suffering from insulin resistance and pre-diabetes. While the former looked at the effects of eating raspberries in obese adults with type-2 diabetes, the latter was focused on obesity patients who were at-risk for diabetes or were pre-diabetic and had insulin resistance.

The study by University of Illinois said that as the consumption of raspberries increased in the participants, at-risk diabetics needed less amounts of insulin to manage blood glucose.The researchers reported that when participants consumed two cups of raspberries with their meals, their glucose concentrations were lower as compared to when they ate meals without raspberries. The study also reported improvement in insulin resistance, after participants consumed raspberries. The first study credited the polyphenols and other nutrients in raspberries for lowering "postprandial hyperglycemia and inflammation".

The study also said that raspberries were beneficial for obese people with diabetes, as they are low in calories.