Dinner in 35 Minutes, Pay Homage to One of Syria's Most Famous Main Dishes: Recipe 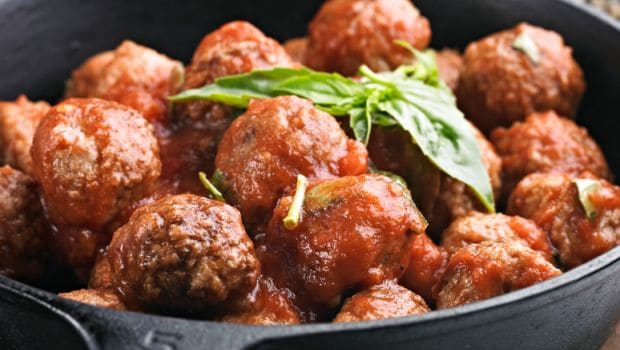 Highlights
More than five years of war have taken their toll on Aleppo, where the remaining 250,000 inhabitants are struggling to find fuel to cook with and have had to convert their vegetable gardens into graveyards.

But long before the beleaguered Syrian city figured so prominently in the war headlines, it earned renown as the intersection of the trade route between Asia and Europe, called the Silk Road, that deposited a rich mixture of cuisines and cultures there.

Chef Marlene Matar reminds us of the city's culinary glory in her new "The Aleppo Cookbook: Celebrating the Legendary Cuisine of Syria", source of the accompanying recipe.

Sour cherries have a brief season there, so Syrians extend that flavor by making juice, jam and liqueur with the fruit. When you boil sour/tart cherry juice - available in this country on the bottled-juice aisle - with sugar, cinnamon and salt, you create a surprisingly quick sauce for what Matar identifies as "the crown jewel of Aleppian main dishes." The result has less tang than, say, pomegranate molasses, and less of a sweet edge.

Here, we've added chopped, tart dried cherries to the ground-lamb mixture, seasoned with Aleppo pepper. That fruity, smoky pepper most likely comes from Turkey these days instead of Syria. To make it, Matar says, the whole red peppers (baladi) are sun-dried, ground and then rubbed in olive oil and sometimes salt.

We have included a trick for helping retain the meatballs' shape as they cook in a grill pan on the stove top: Thread five or six each onto short skewers, and seat them in the grooves of the pan instead of across. That way, you don't have to chase the meatballs around the pan as you turn them for even browning.

The syrupy sauce may thicken upon standing; once the meatballs are already in the sauce, feel free to add more juice and stir over low heat.

The original recipe calls for 2 pounds of pitted, frozen (or fresh) sour cherries, some of which get pureed and pressed for their juice.

Instead of or in addition to the flatbread or pita, you could serve these with a pilaf or salad.

Aleppo pepper and 7-spice blend are available at Mediterranean markets and some kitchen shops, such as La Cuisine in Alexandria.

Adapted from "The Aleppo Cookbook: Celebrating the Legendary Cuisine of Syria," by Marlene Matar (Interlink Books, 2016).

Combine the sour cherry juice, sugar, 1 1/2 teaspoons of the cinnamon and 1/4 teaspoon of the salt in a saute pan over medium-high heat.

Bring to a boil, stirring until the sugar has dissolved, then reduce the heat to medium-low and cook uncovered for 7 to 10 minutes, until slightly syrupy. Turn off the heat.

While the juice mixture is reducing, coarsely chop the dried cherries and place them in a mixing bowl.

Add the lamb, the black and Aleppo peppers, the remaining 1 1/2 teaspoons of cinnamon and the remaining teaspoon of salt in a wide mixing bowl.

Knead for 30 seconds (in the bowl), then divide the mixture into 36 equal portions. Form each into a ball (about 1 inch wide) and thread onto 6-inch skewers.

Spray a grill pan with cooking oil spray and place over medium-high heat. Once the pan is quite hot, add the meatballs and cook for about 7 minutes or until browned on all sides, turning the skewers as needed.

Toast the pine nuts in a separate small, dry skillet over medium-low heat for a few minutes, until they are fragrant and lightly browned. Coarsely chop the parsley leaves.

Carefully slide the meatballs off the skewers and into the sour cherry sauce, stirring gently to coat.

Cook for a few minutes over low heat while you cut the flatbread into triangles and arrange them around the edge of a serving platter.

Promoted
Listen to the latest songs, only on JioSaavn.com
Taste the sauce; add a little salt, as needed. Spoon the meatballs and sauce into the center of the platter. Sprinkle with the toasted pine nuts, the parsley and a light dusting of cinnamon. Serve hot.