Apple cider vinegar has recently gained a lot of popularity considering its numerous health benefits. It is derived after processing and fermenting apple pulp 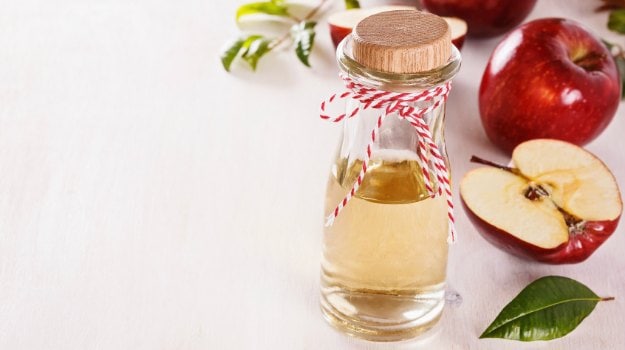 Highlights
Promoted
Listen to the latest songs, only on JioSaavn.com
Apple cider vinegar has recently gained a lot of popularity considering its numerous health benefits. It is derived after processing and fermenting apple pulp. This elixir promises you an array of benefits, be it skin and hair and is also believed to help lose weight. It is touted for being one of the best remedies for weight loss and detoxification. While studies have shown significant positive effect of ACV in mice experiments, human studies have been limited so far. In mice, studies show that acetic acid, the main component of apple cider vinegar, can suppress body fat accumulation and metabolic disorders in obese rats.

Nutritionist and Author Lisa Drayer, while she was studying the apple cider vinegar, found that the people who paired a low calorie menu with apple cider vinegar supplements lost weight tremendously. But she also pointed out that weight loss from apple cider vinegar could be possible since some research suggests that it might promote satiety and keep one full throughout the day, hence causing them to consume lesser calories.

A study conducted in the year 2005, consisting of 12 people found that when vinegar was consumed with a bread meal, people lost some amount of weight. A 2013 study of 16 people found the same, but only because the vinegar caused nausea when ingested. "On this basis, the promotion of vinegar as a natural appetite suppressant does not seem appropriate," that study concludes.

Although, it isn't proved that apple cider vinegar caters to weight loss, you can always add it into your diet in some way or the other. Here are some ways to include it in your daily diet: