Experts Reveal How Chocolate Can Get Tastier 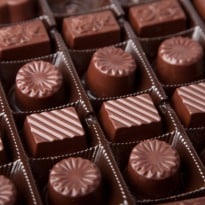 There is nothing more satisfying than a great bar of chocolate! The flavour, texture and the aroma, all make chocolate deliciously divine. For all the die-hard chocolate fans, here's a reason to celebrate. A group of scientists from Germany and Switzerland, which are the top producers of fine chocolate, are working towards improving its taste. (More: What makes chocolate so irresistible?)

A study was conducted by Christoph Wittmann of Saarland University, Saarbruecken, Germany and his collaborators from the Nestle Research Centre, Lausanne, Switzerland to understand the process of natural cocoa fermentation.

During the study it was found that the vital molecule that leads to the development of the flavour of cocoa is acetate. "The intensity of the aroma from a fermented bean is amazing," says Wittmann.(More: Why is chocolate good for you)

"Production of acetate requires two major nutrients: lactate and ethanol. These are produced by lactic acid bacteria, and yeast, respectively, during the initial fermentation of cocoa pulp sugars," added Wittmann.

The acetic acid bacteria plays an important role in processing these two nutrients together through different metabolic pathways which leads to the production of acetate from them. (More: Chocolate can help you lose weight!)

Promoted
Listen to the latest songs, only on JioSaavn.com
"This discovery reveals a fine-tuned collaboration of a multi-species consortium during cocoa fermentation," says Wittman. Through the study, it can be understood that by improving the functions of the acetic acid bacteria and the production of acetate, the flavour of cocoa can be enhanced. The study has been published in the journal Applied and Environmental Microbiology.

With inputs from Applied and Environmental Microbiology