Filter coffee: the return of a has-bean 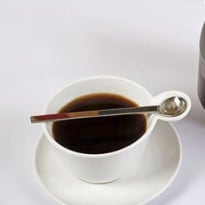 Once the most unfashionable of coffee serves, filter coffee is making a comeback in trendy cafes and even Wetherspoons. Is it time to ditch the soy latte?

Wetherspoon pubs and Britain's third-wave coffee shops don't have a lot in common, but, collectively, these very different hangouts are key players in a remarkable revival of filter coffee's fortunes. When Italian, espresso-based cafe culture took off in Britain in the 90s, filter fell out of favour for good reason: it was terrible. Yet today, in any discerning coffee shop you will find several coffees offered as filter, while this year Wetherspoon installed whiz-bang Bunn filter machines in its nearly 900 pubs.

Admittedly, our bearded brew-geeks and the bar staff at 'Spoons aren't dealing in exactly the same product. In specialist coffee shops, they save the pour-over and other filter serves for single-origin arabicas from, say, Ethiopia or Kenya, which require a gentler brewing process. In Wetherspoons, which sell 30m coffees a year, they are using Lavazza's Tierra - albeit freshly ground, but originally developed for espresso drinks - and knocking out refillable filter coffees for £1.15 a pop. Nonetheless, as with the return to prominence of filter at [insert your own swearword] Starbucks, or its use at Grillshack in London, the latest venture from restaurant mogul Richard Caring, it all adds up to a marked boost for this once-derided option.

Logically, this filter revival should come as no surprise. There was never anything fundamentally wrong with filter coffee. In Scandinavia and the US, particularly, it is served properly (regularly refreshed; made with freshly ground coffee) and remains popular. In Britain, however, it was one of many things we roundly abused. The unloved filter pot, meanly dosed with stale ground coffee and left to stew for hours in a pub or hotel conference suite, is one of our food and drink scene's (bad) running jokes.

Little wonder that, when those gleaming espresso machines began to arrive in Britain in large numbers, churning out sexy, continental lattes and cappuccinos, filter became something you would only drink under sufferance. But is that changing? Are we ready to abandon those frothy espresso-based coffees for what experts insist are the more sophisticated, grownup pleasures of well-made filter?

Personally, I'm a partial convert. A proper flat white is a wonderful thing, but I'm not a huge fan of big, milky coffees, and I've neither the money nor the inclination to spend big on a domestic espresso machine or a Nespresso capsule job. I do, however, have a hand-grinder and a couple of one-cup, pour-over ceramic filters - similar to this - which, using a bit of elbow grease (and around 16g of whole beans and 250ml of not-quite-boiling water), produces what, for me, is a damn fine cup of black coffee. It is less harshly bitter and more rounded than an espresso and much longer, obviously, yet fuller and brighter than a watery Americano.

Although, I should point out, a picky barista would tell you that I'm doing it all wrong. Call me a philistine, but I like a bit of backbone; a certain brute, dark, roasted coffee flavour in my cup. That, to me, is coffee; and consequently I use darker roasted beans. In contrast, in most specialist coffee shops, filter is mainly used to draw out complex and, at times, very subtle flavours from prized, lightly roasted blends and single-origin arabicas, which, to me, often taste like a different drink entirely. Kenyan beans, for instance, when served filter, are often described as having a sweet, light, citrussy quality, and one barista told me that I shouldn't really think of gourmet, filter-brewed coffees as coffee at all, but more like fine teas.

Really? Perhaps I'm an espresso man in a new filter age, but I can't see that happening. I want a coffee that ultimately tastes like coffee (as the serviceable filter at Wetherspoons does, at least). But what about you? Are you pleased that cheaper filter coffee is making a comeback? Have you graduated to drinking specialist, single-origin options? Or is your coffee break still all about pumpkin-spiced lattes and caramel macchiatos?