When Is Ganesh Chaturthi 2020? Date, Time, Significance And Traditional Foods

Food plays an important role in the ten-day long Ganesh Chaturthi celebrations. Many kinds of sweetmeats are prepared especially for the festival, and distributed among family members once it is offered to Lord Ganesha as part of the bhog. 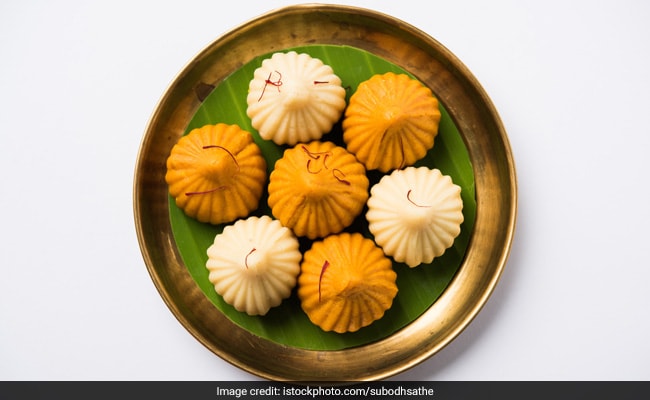 It is that time of the year again, we are trying to wrap our head around all the festivals that are lined in the next couple of days. After Rakhi and Janmashtami, it is time now to start preparing for Ganesh Chaturthi, which is also not very far away from now. This year Ganesh Chaturthi commences from 22nd August. The festival is celebrated in many states of the country like Maharashtra, Pune, Gujarat and Karnataka. The ten-day festival is celebrated to worship Hindu God Ganesha, who happens to be the son of Lord Shiva and Goddess Parvati. He is one of the most important Gods in Hindu belief; no pooja can start without paying obeisance to Lord Ganesha. It is said that in these few days, the elephant-god descends upon earth to be among his beloved devotees. Food plays an important role in Ganesh Chaturthi. Many kinds of sweetmeats are prepared especially for the festival, and distributed among family members once it is offered to Lord Ganesha as part of the bhog. A lot of savoury items are also prepared for the bhog.

Date and Time Of Ganesh Chaturthi 2020

Modaks are an important part of Ganesh Chaturthi celebrations.

In Hindu mythology, Lord Ganesha is the God of wisdom, prosperity and good fortune. Ganesha Chaturthi is one of the most widely celebrated festivals of the country. Large pandals with decked up idols are set up in various parts of states like Maharashtra and Gujarat. People gather here in huge numbers and offer their prayers. Nowadays, people are also getting very creative with idol-making, with many resorting towards eco-friendly idols that do not harm the environment upon immersion. Countless devotees also bring small idols of Lord Ganesha home and host the puja at their residence, offer bhog, chant and sing devotional songs.

Nothing screams Ganesh Chaturthi than a plateful of Modaks. The steamed sweet is made with rice flour covering and the filling usually comprises a mixture of coconut, jaggery and saffron. There are also some other traditional delicacies that are made especially for the occasion like puran poli, a stuffed flat bread, packing goodness of chana dal, sugar and nutmeg. Boondi ladoo, kheer, are some other sweet treats commonly made on these days.

Here's wishing you all a very Happy Ganesh Chaturthi 2020!