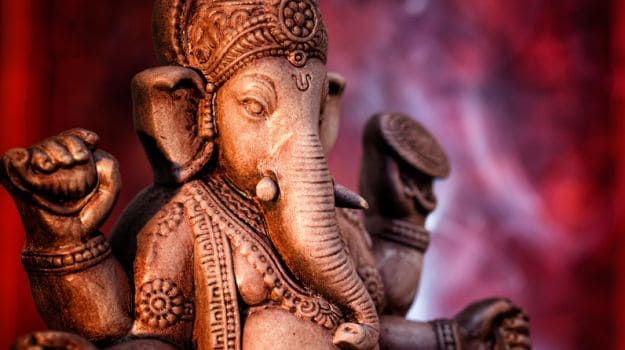 Highlights
Happy Ganesh Chaturthi! It is that time of the year when one sees Maharashtra and other parts of India celebrating the festival of Ganesh Chaturthi, which marks the birth of Lord Ganesha, with much fervour. After 10 days of fun filled devotion to the lovable Lord Ganesha, the celebrations come to an end by the immersion of Ganpati, known as Ganapati Visarjan, bidding adieu only to be welcomed with greater sprightliness next year.

Lord Ganesha is always portrayed with a sweet in his hand. Little wonder then that on Ganesh Chaturthi a whole lot of festive delicacies are prepared as an offering. It is said that Lord Ganesh's favourite sweet was the Ukadee che Modak. The dumplings can be steamed or fried. The puja concludes by making an offering of twenty-one modaks to the deity and as prasad to the devotees.

Form the traditional recipe to its newer avatars, try your hand at making this sweet blessing at home.

Rice flour parcels stuffed with a coconut and jaggery stuffing. Fried till golden.

3.Modak with Nuts and Poppy Seeds
Recipe by Anita Mokashi

Promoted
Listen to the latest songs, only on JioSaavn.com
Rice flour parcels stuffed with a coconut-jaggery stuffing and some crunch. Added a few cashews, raisins and poppy seeds.