Ganesh Chaturthi begins with installation of idols of the Lord and ends with immersion of these same idols in water. 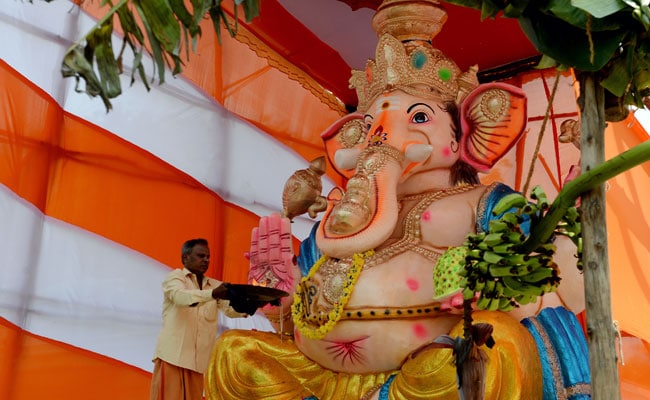 Ganesh Chaturthi 2019 is celebrated by Hindus all around the world. The 10-day festival marks the birth of Lord Shiva and Goddess Parvati's son Lord Ganesha. The festival is marked by installing bright, colourful and brand new statues of Ganesha at homes, temples, offices and in community pandals. The festival typically falls in the months of August and September of the Gregorian calendar and in the month of Bhadra of the Hindu calendar. The festival is said to be a harbinger of prosperity and good fortune as Lord Ganesha is considered the God of new beginnings and good luck. This is why most Hindus sing prayer hymns to Ganesha at the beginning of any prayer service and at inaugural ceremonies of important events.

Ganesh Chaturthi begins with installation of idols of the Lord and ends with immersion of these same idols in water. The period between the start and end of the festival is considered auspicious and it is believed that the Lord is present with devotees during the 10 days of the festival. Ganesh Visarjan or the process of immersing Ganesha idols in water is a festive affair like no other. The event attracts thousands of foreign tourists to Indian cities who line up to witness the colourful spectacle of processions carrying tall statues to be immersed in water. Visarjan processions are grand affairs consisting of thousands of devotees who throng the streets to bid goodbye to their favourite Lord.

Visarjan processions take place on the last day of Ganesh Chaturthi known as Anant Chaturdashi, which falls today, September 12th, 2019. Some people do the visarjan or immersion at the end of the first day itself. Others do the visarjan on various odd-number days like after a day and a half, on the third day, on the fifth day and on the seventh day. This year's auspicious timings or muhurat for visarjan on Anant Chaturdashi (September 12th, 2019) is as follows:

Ganesh Chaturthi is a time for savouring special festive foods like modaks, puran poli etc. Maharashtra is the state where the festival is celebrated with the most fanfare and enthusiasm. Therefore, Maharashtrian delights are associated with the festival. Modaks were considered the favourite treats of the young Lord Ganesha. Modak is a fried or steamed stuffed sweet dumpling that is filled with a variety of sweet ingredients including the classic jaggery, coconut, khoya, etc.