Glass Liquor Bottles to be Banned on Goa beaches 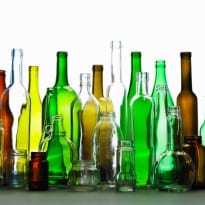 Drinking an ice-cold beer from that frosted green pint glass bottle may soon be a crime on Goa's beaches, a senior police officer said Wednesday.

Goa Director General of Police Kishen Kumar told IANS that drinking from glass bottles on beaches would no longer be tolerated in Goa.

The ban follows lobbying by Calangute legislator Michael Lobo, who has been campaigning against the nuisance caused by glass shards scattered on the state's beaches.

The tourism department has also asked the police to increase patrolling to check tourists from breaking glass bottles in beach areas.

CommentsGoa attracts over 2.6 million tourists annually. The surf, sun and cheap liquor are some of the main draws of the state, which is one of the top beach tourism destinations in the country.