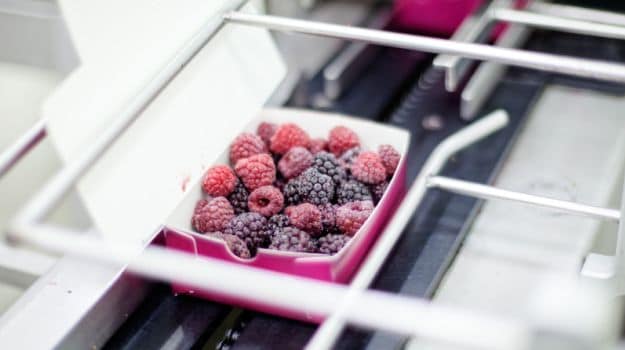 Highlights
A parliamentary panel has directed the government to frame a national policy on food processing at the earliest and recommended the committee should be briefed about the progress made in that direction.

'The committee would like the ministry (Food Processing) to expedite the process of consultation with all concerned including stakeholders so that a national policy on food processing sector is drafted and implemented without further loss of time,' the 31-member standing committee on agriculture said in its report tabled in the ongoing session of the parliament.

The committee, headed by Bharatiya Janata Party MP Hukumdev Narayan Dev, said the panel should be "apprised of the initiative undertaken by the ministry in this regard".

Stating that food processing sector is an important segment of Indian economy in terms of its contribution to gross domestic product (GDP), employment and investment, it said: 'A well developed food processing sector not only helps in reduction of wastage, improves value addition, promotes crop diversification and ensures better return to farmers.'
Listen to the latest songs, only on JioSaavn.com
The committee, which among others has Congress members like Janardhan Dwivedi, C.L. Ruala, B.S. Yeddyurappa from BJP, Tapas Mandal (Trinamool) and Arjun Charan Sethi (Biju Janata Dal), took exception for "lesser allocation of funds" by the Planning Commission and finance ministry to the Food Processing Ministry and observed that "due to non-availability of adequate funds" could disturb some projects. 'The committee strongly recommends that the ministry should raise the matter with finance ministry to allocate funds as per their requirement,' the panel said.