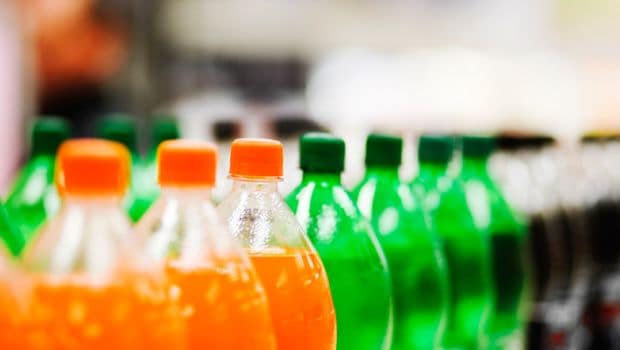 Highlights
Indian Beverage Association has expressed disappointment at the re-categorisation of aerated drinks under 'demerit' category in the GST rate slabs, saying at Rs 10 for 200 ml, such drinks are neither luxury goods nor do they pose health hazards.

"Aerated drinks are not 'luxury' goods. Aerated drinks cater to the average hydration needs of Indians in the form of immediately-available hygienic and safe drink source," Indian Beverage Association (IBA) said in a statement.

The association, which has major cola and other beverages makers such as Coca-Cola India, PepsiCo India and Red Bull India among others as members, said aerated drinks are also not 'sin' goods "as the Union Government itself had accepted the position by removing such goods from Schedule VII of the Finance Act, 2005 in the 2015-16 Budget".

On the health issues linked to such drinks, IBA said: "There are observations by the court on the basis of the report of an expert panel that the ingredients present in aerated drinks do not pose any health hazard."Last week, GST Council had announced that luxury items like high-end cars and demerit goods including tobacco, pan masala and aerated drinks, will be taxed at the highest rate of 28 per cent and would also attract a cess in a way that the total incidence of tax remains at almost the current level.

Expressing disappointment at the decision, IBA said: "At Rs 10 for 200 ml, aerated drinks are neither luxury goods nor do they carry the kind of health hazards attributed to them." It further said the consumer base of aerated drinks ranges from the low to high income group and they are supplied even to rural villages and semi-urban places.

When the applicable tax rates on aerated drinks with abatement already stands at an effective 30-31 per cent, the IBA does not subscribe to the recommendation of an additional cess on aerated drinks over and above the 28 per cent GST rate, it added.

Stating that food processing and aerated beverages have been one of the largest contributors to the FDI in the country, IBA hoped that it will not be "discriminated against in GST".

While increase in taxes will lead to an increase in the price of the soft drinks, the viability of the industry could be in grave danger due to a consistent adversarial tax approach, IBA added.