Sanjay Dutt wears incredibly heavy armour in 'Panipat', for which he is reportedly following a strict diet and fitness routine. 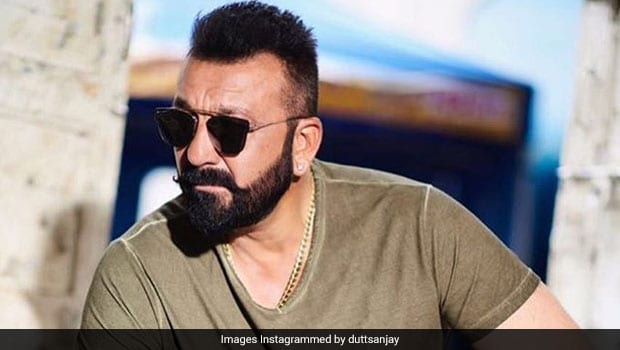 Bollywood actor Sanjay Dutta is celebrating his 60th birthday today. The actor surprised his fans with a new and fierce-looking poster of his South Indian film 'KGF Chapter 2'. The star will reportedly be playing the role of Adheera, the antagonist of the film. Another much-awaited project that Dutt's fans are excited about is the multi-starrer 'Panipat', which is a historical period drama that is a fictional recounting of the events that led up to the Third Battle of Panipat. Besides Dutt, the movie also stars Arjun Kapoor, Kriti Sanon, Padmini Kolhapure and Mohnish Bahl in leading roles. Sanjay Dutt has always been known to be a very fit actor, who has sported lean and mean looks in his films.

However, for 'Panipat', Sanjay Dutt is reportedly working especially hard. According to some media reports, the actor who plays the role of Ahmad Shah Durrani is going to be wearing extremely heavy armour for the film. The armour reportedly weighs a whopping 35 kgs and to carry this costume Dutt has reportedly being following a special and strict diet and fitness routine while shooting.

Here are some of the details that have been revealed about Sanjay Dutt's special Panipat diet:

1. Low Carb, Low Fat Meals: According to a report in the Times of India, Sanjay Dutt has been put on a diet that is low in carbohydrates and fats.

2. High Protein Diet: Dutt reportedly has to consume a diet rich in protein, including foods like chicken and fish. Protein is important for anyone wanting to build and retain muscle mass.

3. Salads: One of the major components of Sanjay Dutt's Panipat diet is salads, which help him stay on track his goal to eat low-carb meals.

Besides a strict diet, Sanjay Dutt has also been working out religiously so that he may be able to carry the heavy costumes during the scenes. Well, it seems like the 60-year-old is determined to look his most authentic best for the film and these details are making us more impatient to watch the movie that releases on December 6 this year. We wish Sanjay Dutt a very happy birthday and hope he continues to entertain and inspire!