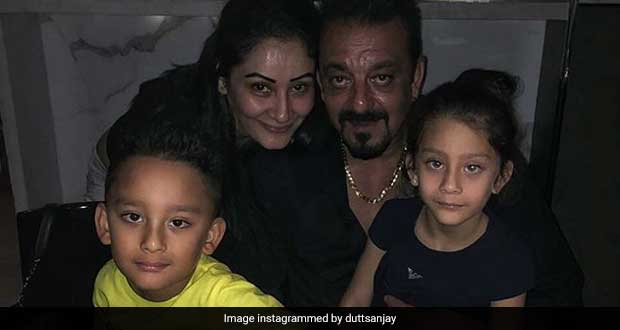 Bollywood actor Sanjay Dutt is celebrating his 58th birthday today. The 'baba' of the film industry has been a hot topic of discussion lately, due to his recently released biopic 'Sanju'. Sanjay Dutt has also been in the news, thanks to his latest release Saheb , Biwi and Gangster, which also stars Mahie Gill and Jimmy Shergill. The actor, who was seen in Bhoomi before his latest release, is quite a foodie and is very active on Instagram as well. He often shares pictures and videos of his amazing meals from around the world, as well as happy pictures of himself dining with friends and family. He is also often seen dining with his 30-year-old daughter Trishala Dutt and the two seem to really share a love for food. However, Sanjay Dutt's appetite for good food is offset by his intense workouts, the results of which are seen in his bulked up and toned physique.

Sanjay Dutt's Instagram timeline also has workout videos, which are testimony to the actor's ability to turn on his beast mode as easily as he switches on the foodie in him. On the actor's birthday, let us go over Sanjay Dutt's foodie explorations and his diet regime.

Sanjay Dutt's Instagram is proof that the actor loves to travel around the world and spend time with his family, which includes his wife Manyata Dutt and their two kids. Dutt seemingly has a taste for the finer things in life and loves indulging in good food and drinks.

Exhibit A is this video of an extremely delicious-looking rack of lamb in Dubai:

That looks simply amazing, doesn't it? Sanjay Dutt is also appreciative of Japanese cuisine and it shows how much he loves sashimi here:

"Zuma Dubai, Sashimi is great", wrote Dutt on Instagram. The actor is also quite a fan of magnificent-looking seafood dishes. Take for example these crab and lobster dishes that Sanjay had in Sri Lanka and Dubai respectively.

The actor also believes in eating clean and healthy during the time that he's not on vacation. His healthy diet meal pick seems to be sautéd veggies paired with grilled fish.

We wish the actor a very happy birthday and hope that he continues to share his love for food with the world!