Sonam Kapoor is A Big Foodie and We Have Proof 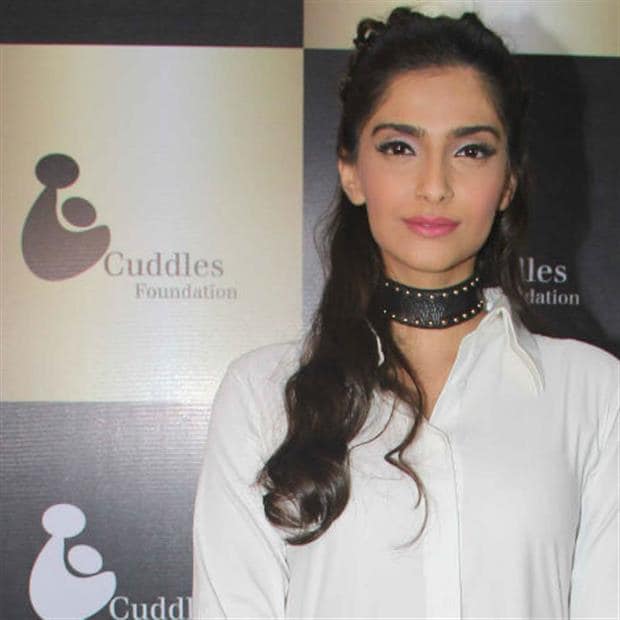 Actress Sonam Kapoor will be ringing in her 32nd birthday today. Be it her starling appearance in the International Cannes Festival in France or her recent win at the Coveted National Film Awards for her excellent work in Neerja, the actress has been making headlines and for good. Sonam will be next seen in her home-production Veere Di Wedding along with actress Kareena Kapoor. By seeing the camaraderie displayed by the two on an episode of Koffee with Karan, it seems that like both of them are going to make a fantastic pair. Keeping her successful Bollywood career aside, we know that Sonam has struggled a lot with weight and health issues every since she was a child. She has managed to overcome all her problems by following a good diet and a strict workout regime and looks stunning today. But there's another side of her that you may have not seen. Sonam is a die-hard foodie.

The actress tries her best to stick to her diet plan, however, her foodie side often persuades her to indulge every once in a while. In a celebrity-based talk show hosted by Farah Khan, the actress once revealed how her mother was furious to find out that Sonam alone ate 40 samosas in a petty competition along with her father Anil Kapoor!

Well, she definitely can't eat 40 samosas now but she does enjoy her occasional indulgences. Her favourite cuisines are Thai, Japanese, and Vietnamese. She also loves Bengali food, especially mustard fish, and Cholar Dal.

Where Sonam Loves to Eat in Mumbai

The actress who has recently turned vegetarian, swears by the street food of Mumbai, and feels sad that she can't have them too often. She loves chaat, everything from bhel puri to pani puri and according to the actress no one does it better than Elco Pani Puri Centre in Bandra. For pav bhaji, she loves the version served by Amar Juice Centre in Vile Parle. The actress is also fond of the Masala Milk at the Brijwasi store next to the Babulnath Temple. Sonam doesn't drink alcohol, and instead, she loves sipping on coconut water, buttermilk and cucumber juice.

Her favourite restaurant is Gajalee in Mumbai. The actress also loves idlis by Arya Bhavan. Mani Dosa Centre in Khar is another favorite South Indian restaurant of hers. Since she's become vegetarian, she simply loves the food at The Pantry and the Table in Colaba that are known for using fresh organic ingredients and seasonal vegetables.

Sonam also loves the gluten free and sugar free cakes from Divya Ranglani's Healthy treats. You may have not known this but Sonam likes to cook sometimes, especially sweet dishes and she can make delicious Suji ka Halwa and even Mawa Cake.

CommentsThe  maternal side of her family is based in Delhi, and so her love for Delhi's street food also finds a special place in her heart. Before turning vegetarian, Sonam used to love Karim's for its meat dishes. Her other favourites in Delhi would include Bengal Sweet House and Parathewaali Galli, and the dhabas near JNU especially the Aloo Bonda at Ganga Dhaba. While shooting for Delhi-6, Sonam loved binging on her favourite gol gappas and chaat in Chandini Chowk. Sonam also liked the Gol gappas at Nathu's in Bengali market.

Sonam likes travelling and also has her favourite picks abroad. In Singapore, she loves exploring the eateries around Mohamed Sultan Road. Angelina, on Rue de Rivoli is her favourite breakfast place is in Paris.For the best Indian meal outside India, Sonam recommends Jamvar London.

Sonam is not a picky eater and is also very fond of her home food. She loves Bhindi made simply with tomatoes and onions. In fact, when she's not eating out, she carries her dabba for her shoots and promotions, packing all the healthy treats.

We hope you get to indulge in your favourite treats on your special day. Happy Birthday Sonam Kapoor!