Happy Birthday Varun Dhawan! Unlike October, Kalank is said to be a masala Bollywood entertainer and Varun would be seen back in his bulky avatar after Judwaa 2. 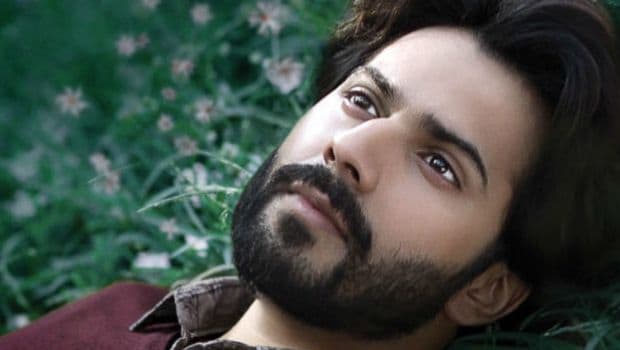 Actor Varun Dhawan is celebrating his 31st birthday today. The actor who is currently riding high on the success of his latest release, October, has already started prepping for 'Kalank,' which would be directed by 2 States fame Abhishek Varman. October, opened to great review from both the critics and masses. Dhawan who played the role of a Hotel Management trainee, charmed the audience with his sensitive portrayal of Dan, investing a great part of his routine and life to Shiuli, played by Banita Sandhu. In Kalank, Varun teams up with Alia Bhatt, Aditya Roy Kapoor, Sonakshi Sinha, Madhuri Dixit and Sanjay Dutt. The multi-starrer is all set to release in April next year. Varun recently took Twitter to announce that it is going to be a "no cake" birthday for the actor as he has already started training for his part in Kalank. Unlike October, Kalank is said to be a masala Bollywood entertainer and Varun would be seen back in his bulky avatar after Judwaa 2. There were also reports of him to have begun the shoot with a power-packed dance number.

Here's a sneak-peak that Varun gave us from his workout schedule. "Birthday workout #nocake#KALANK", he captioned the image. Varun is training hard for his role with celebrity trainer Prashant Sawant.

In one of his earlier pots he was also seen shadow boxing as part of his fitness regimen.

Inarguably, Varun is one of the fittest actors of his generation. His trainers cannot stop gushing about his dedication towards his diet and training. But, deep-down Varun is also a foodie. Varun has never shied from admitting his foodie side either. In fact, his social media account is a mix of his strict diet and foodie indulgences. We did some stalking and zeroed down on our favourite inspirational and foods-pirational photos.
That's him eating healthy and clean with his trainers. "After a very difficult workout getting a nutritious meal to recover is important.", he wrote in the caption.

Oh, and that is him enjoying round of drinks and food with university friends in London.

Varun at one of his favourite health food outlets in Mumbai, Lean Kitchen.

Some chicken and fries, there's our fitness icon reliving his university days.
"I just want to say im really happy when I eat chicken.This is the truth. I don't love eating food but when I went to university in England I used to go to nandos really often. So going and eating chicken there today was like reliving my university days (sic).", he captioned the image.

A healthy, fruity and loopy at Singapore.

That time when he had lassi with Sachin Tendulkar and melted our hearts. (Did you know that they share the same birthday's, too?)

Here's wishing Varun Dhawan a very happy birthday. May you get to enjoy your favourite treats at a belated party!