Have you noticed how Britain's best food has now become affordable? 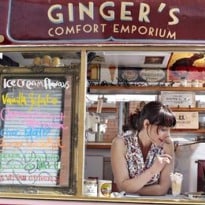 Where foodies once used to salivate at the idea of spending hundreds of pounds on an elite dining experience, some of the best eating these days is to be done on the cheap

It is a remote possibility. I haven't murdered anyone (yet) and Britain doesn't have the death penalty. However, if I ever end up on death row, I will be a cheap date. At one time, any - cough! - "foodie" would have demanded a gilt-edged carte of scallops, foie gras and Château Lafite for their final meal (reading the Guardian's Last Bites series, a preference for lobster and champagne persists among certain top chefs). But in those idle moments when I start compiling an exit menu, I increasingly find myself talking about food that while extraordinary is also easily accessible.

It changes daily if not hourly, but, right now, if I had to choose my final feed I would take as my starter the extraordinary tamarind-laced bhel from Neasden's Shayona; followed by a 10 megaton beef-bomb from Brighton burger aces Troll's Pantry, with a portion of chips from Patty Smith's in Leeds. All savoured, rather than washed-down, with a bottle of Nøgne Ø's outstanding IPA. For dessert? A pastel de nata from Norfolk Street Bakery in Cambridge and a flat white from Manchester's North Tea Power. Total cost? Around £22. I would die with staggering flavours lingering in my mind.

Supreme food pleasure has not always been this easy to come by. The first thing I wrote for Word of Mouth was a blog defending the idea of dropping £300 on a meal at the Fat Duck. Which I stand by. If food is your nosebag, then saving up to experience it in such a potent form is no more morally corrupt than any other nonessential expenditure. Even so, that blog reads like a dispatch from another world. In January 2008, if you wanted to eat perfection - food of such clear, true and slickly reconciled flavours it makes you do an incredulous Scooby Doo double-take - you had to head to an elite restaurant.

In that Palaeolithic period, when no one talked seriously about steaks, much less burritos or hotdogs, and Jay Rayner's enthusiasm for Tayyabs' lamb chops still sounded iconoclastic, most food-lovers were on a familiar trajectory. They dreamed about eating in Michelin-starred restaurants whose exhilarating food would live with them for ever.

Today, however, if you want to eat food that leaves you babbling - "Oh my lord! What just happened in my mouth?" - you can find it in numerous places. Technically complex "fine dining" is no longer food's apex. Instead, it is but one style of cooking - memorable at best but often, you know, just nice - which most people now accept has clear, objective rivals in terms of delivering extraordinary flavour experiences. I'm thinking about places as diverse as tiny curry cafes (Karahi King in Wembley, Tooting's Dosa'n'Chutny) and Somerset's Ethicurean, whose kitchen does brilliant, bewildering things with fermented foods. I could point you to Syrian restaurants and Algerian market stalls whose baba ganoush would blow your mind.

That is why, after a long-anticipated and, for the money, disappointing meal at The Ledbury last year, I found myself informally swearing off fayn dayning. Elements of what I ate there were exceptional, but, then, so is a lot of other British food these days, at a fraction of the cost. Whether it is craft beer or wood-fired pizza, coffee or curry, cocktails or ice-cream, we now have people going to extraordinary lengths to produce world-class versions of all these things, and many more besides. From the rise of foraging, pickling and smoking to the prominence of east-Asian influences in street food and casual dining, we are almost surrounded by big, challenging flavours.

Why gamble £300 on a single meal to chase such highs when you could be using that money to make multiple visits to eat beguiling charcuterie at Leeds's Friends of Ham, Neapolitan-standard pizza at Ealing's Santa Maria or to drink miraculous liquids at Manchester's Port Street Beer House?

Internationally, a tiny handful of top-end restaurants (eg Noma) continue to redefine what food can be, but below that a stratum of "serious" restaurants is being squeezed by a, literal, uprising from the streets. When mates ask me about the best food I have eaten in Britain, I now find myself urging them to spend £6 on a Gloucester Old Spot bacon sandwich at St John Bread & Wine, a couple of quid on a ham hock scotch egg from The Handmade Feast, £4 on a falafel wrap from Edna's Kitchen in Bristol or £2.50 on a salted peanut butter Chorlton Crack ice-cream from Ginger's Comfort Emporium, rather than drop significant wedge at restaurants they have seen on Great British Menu.

Is fine dining a phase foodies go through? Are you still planning and saving for those big-ticket blow-outs? Or do you agree that, in Britain, it is now possible to score genuine food highs at bargain prices?

Simple pleasures: great affordable food is to be found at small outlets all over Britain, such as Ginger's Comfort Emporium.