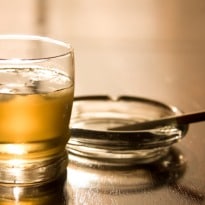 The study published in the journal Alcoholism: Clinical and Experimental Research compared 11,000 people in 31 states in the US that raised cigarette taxes between 2001-2002 and 2004-2005, with a similar number of people from 15 states in which taxes remained the same.

The result showed that male smokers in states with higher tobacco tax drank almost 10 percent less alcohol and reduced seven times of their drunken revelry per year than those in the states with the same tax rate, Xinhua reported.

Young adult smokers between the age of 18 and 29 in states with higher cigarette taxes skipped nearly one-quarter of their binge drinking per year than others.

"What our analysis shows is an association between increasing cigarette tax and decreasing (alcohol consumption) among segments of the population, those being male smokers, male hazardous drinkers, and young adult smokers in particular," said Sherry A. McKee, associate professor of psychiatry at Yale University Medical School.

Lab studies with animals have also shown the link between nicotine and alcohol.

Researchers found that exposing a key part of the brain involved in reward and motivation to nicotine increases the response of dopamine-emitting neurons to alcohol.

In other words, those given nicotine are likely to drink more liquor.

Promoted
Listen to the latest songs, only on JioSaavn.com
The study was carried out by researchers from Yale, Stanford and the Roswell Park Cancer Institute.

According to the US National Institute on Alcohol Abuse and Alcoholism, around 46 million Americans both smoke and drink.