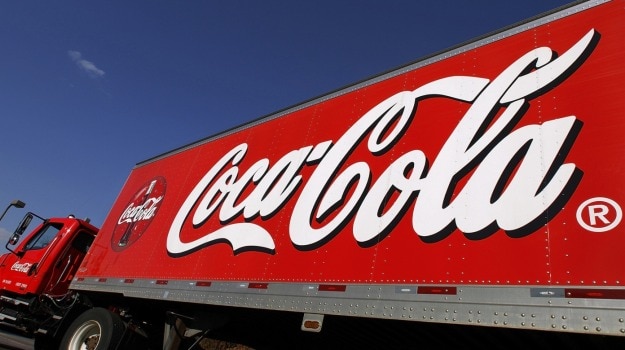 Despite upbeat results from Coca-Cola and Pepsi this week, the US public has for some time been losing its taste for carbonated drinks.

Worldwide the news is not too good for Coca-Cola either, as it misses its targets. The company's earnings fell 55% in the fourth quarter of 2014 to $770m, according to its latest results this week.

Admittedly, Coca-Cola's sales in North America rose 2% to $5.4bn in the quarter, but this was believed to be in large part due to price increases across the company's portfolio of beverages.

Coca-Cola's rivals PepsiCo, who also reported their results this week, saw a 1% rise in their beverage business. This too was driven by price increases - and by an uplift in sales of the company's non-carbonated range of drinks and of Frito-Lay brands such as Doritos and Cheetos.

However, looking beyond the topline numbers, and into volumes sold, the long-term decline in soft-drink consumption in the US remains clear.

The decline of an iconic symbol

The fortunes of Coca-Cola's flagship drink don't look to bubbly in the US market based on current trends.

Even Sandy Douglas, the president of Coca-Cola's North American operations, now restricts himself to just one coke a day.

Americans still drink higher volumes of Coca-Cola than say, for example, the UK, and will continue to do so for some time.

However, upping the cost of bottles can only work up to a certain point if fewer and fewer Americans are deciding to drink up the fizzy carbonated beverage. The implications of all this are especially acute when around half the company's operating revenues are from the North American market.

Coke are not on their own in terms of iconic American brands whose growth is starting to stagnate due to changes in lifestyle.

McDonalds did not have a great 2014. In December the fast food chain had their biggest US sales drop in at least a decade, with their operations squeezed by consumers turning to higher end alternatives such as Chipotle Mexican Grill and more niche gourmet alternatives. On top of this, their worldwide sales in January were steeper than expected - with the explanation of several analysts being that the fast-food brand could not keep up with consumers' desire for fresher and healthier food.

In Coca-Cola's and rival PepsiCo's case, it's ironically zero-calorie sugar free drinks which are their biggest cause for concern. As Quartz pointed out last year, fears over artificial sweeteners meant that the expected growth of that slice of the cola market never materialised.

According to Euromonitor's data, Coca-Cola is set to consolidate its position as the world's number one carbonated cola beverage despite its volume of sales per capita decreasing - and that seems to be partly driven by a decline in the diet brands.

Water without sugar is the alternative

It's not a concern that has gone unnoticed by the cola giants. PepsiCo has had a slight buffer from sales declines through its ownership of other products such as popular juice Tropicana. Coca-Cola's Minute Maid is not as popular.

Recent years have seen the brand attempt to expand out into other product ranges - the introduction of high-protein milk brand Fairlife being one example. In some cases this diversification has been an undoubted success - Coca-Cola's Gold Peak and Fuze tea brands are now both generating over a billion dollars in sales each year.

Consumers have a lot of choice over what drinks they're choosing and even the growth of energy drinks such as Monster and Red Bull is not great for Coca-Cola's fortunes.

All fizzy drinks are going to be consumed a little less. What looks to be on the rise are sports and energy drinks, as well as bottled water - which is set to be bought in volumes that dwarf cola drinks by the end of the decade.

Search trends seem to be suggesting that the world is looking for a health kick more and more, while interest in the world's biggest fizzy drink remains pretty flat.