How to Get Your Little Ones to Eat Veggies? 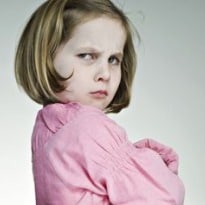 If you wish to encourage your kids to eat healthy and want them to eat vegetables without making much fuss, starting early and often could be the key.

Exposing babies to a new vegetable early in life encourages them to eat more of it compared to offering new vegetables to older children, a new study has suggested.

Even fussy eaters are able to eat a bit more of a new vegetable each time they are offered it.

"Even if your child is fussy or does not like veggies, our study shows that 5-10 exposures (nine servings) will do the trick," said professor Marion Hetherington from University of Leeds in Britain.

In the study, researchers gave artichoke puree to 332 children from three countries aged from weaning age to 38 months.

The research that involved babies and children from the UK, France and Denmark, also dispelled the popular myth that vegetable tastes need to be masked or given by stealth in order for children to eat them.

CommentsThe study appeared in the journal PLOS ONE.