Aloo tuk is basically a Sindhi version of potato fry, which gets a spicy twist with the inclusion of a pool of masalas likes black pepper, amchoor, red chilli etc. 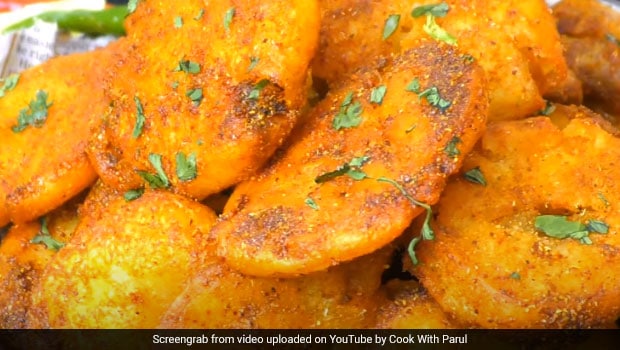 If you are a fan of potato-based dishes, then this aloo tuk is a must-try

If you are anything like us, then a bowl of spicy potato curry is enough to make you happy and content. Aloo is one versatile vegetable than can be whipped up in any shape, size and texture, as per your wish. From a simple mashed potato to a bowl of rich and luscious dum aloo - you just need a few potatoes to put together a meal in very less time. In fact, if you explore, you will find every cuisine has some special potato-based recipe to offer. One such dish is aloo tuk from Sindhi cuisine. A melange of eccentric flavours and spices, Sindhi food culture is inspired by the cooking styles of Rajasthani, Gujarati, Middle Eastern and more. Due to its unique names and taste, Sindhi dishes are widely popular among both the Sindhi and non-Sindhi people of India.

Aloo tuk is basically a Sindhi version of potato fry, which gets a spicy twist with the inclusion of a pool of masalas likes black pepper, amchoor, red chilli etc. It is said that aloo tuk is a must-have side dish with the much-popular Sindhi kadhi and rice.

Here, the potatoes are first peeled and soaked in cold salt-water. Then they are cut into pieces, fried and pressed with a bowl to get a flattened shape. These potatoes are again deep fried till they turn golden brown in colour.

All you have to do now is heat oil, add all the masalas and potatoes and toss. Garnish with chopped coriander and enjoy crispy, spicy aloo tuk with a humble plate of dal chawal. Enjoy your meal!