Afghani Chicken Tikka: Afghani cuisine is known for lip-smacking spices and herbs that lace their dishes and its chicken tikka is no different. 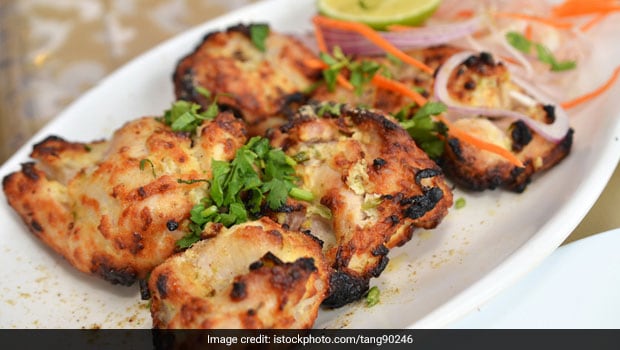 Can you imagine a party without some scrumptious tikkas on the table? Well, we definitely can't! A dish with countless variations cannot simply be skipped from a party menu, can it? From paneer to chicken and to even fish, tikkas have taken over every party and restaurant menu like nothing else. Chicken tikkas are a hot-favourite among non-vegetarians, not just because of their delectable taste but also for the kind of variety one gets! From the creamy malai chicken tikka and peppery kali mirch tikka to spicy achari chicken tikka, there are simply so many options one can nosh upon!

And perhaps one of the popular ones has to be the Afghani chicken tikka. Afghani cuisine is known for lip-smacking spices and herbs that lace the meats and veggies in their dishes and its chicken tikka is no different. What makes it different is the addition of seeds and nuts in the recipe like cashew nuts, melon and poppy seeds that lend a distinct flavour to it along with a subtle crunch in its masala. Nuts also balance out the fiery masalas of this tikka recipe and make it a mildly spicy, aromatic treat which is best enjoyed with some mint chutney, onion rings and a squeeze of lemon atop!

Creamy, spicy and fuss-free, Afghani chicken tikka can be your go-to snack for dinner parties.

The best part about this chicken tikka recipe is that if you have pre-marinated chicken ready, you can cook it in a few minutes! All you need is to grind cashew nuts (kaju), melon seeds (magaz), poppy seeds (khus khus), pepper and elaichi to make masala. Mix this ground masala with cream, butter and salt, and combine with chicken pieces, cut and pricked from several places. Pricking the chicken pieces would ensure the marinade seeps deep into it. Let it marinade for severs hours and then grill it to perfection. If you do not have an electric grill or tandoor at home, you can also use an oven or a microwave.

Try this yummy chicken tikka at home for your next dinner party and share your experience with us in the comments section below.