Broccoli Tikka Recipe: The best part about tikkas is that you need not use tandoors for preparing the same; a grill or tawa would easily do the same job for you. 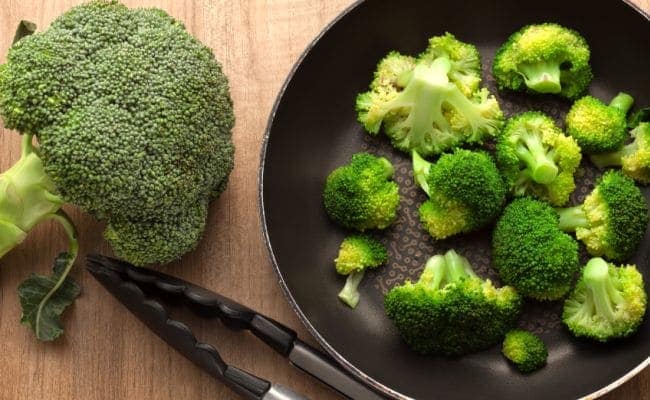 Broccoli Tikka Recipe: This tikka is super healthy yet doesn't compromise on the taste quotient

Who doesn't like to indulge in all things greasy and decadent?! Be it oil-laden kachoris or a bowlful of soothing gajar ka halwa, there are a variety of foods that can be termed as comfort food for many. But at the same, many of us have to stave off from such foods as they have the potential to wreak our overall health due to the excess calorie and oil load. During such times, baked, tandoori or tikka items come to the rescue! Anything made as a tikka could actually be really healthy if right ingredients are used for the same.

The best part about tikkas is that you need not use tandoors for preparing the same; a grill or tawa would easily do the same job for you. While most of you would be familiar with common tikka preparations like chicken tikka, paneer tikka, mushroom tikka, soya tikka et al., we bring to you today another tikka recipe that is super healthy yet doesn't compromise on the taste quotient at all.  We are talking about broccoli tikkas.

(Also Read: 3 Broccoli Recipes That Will Make You Fall In Love With The Veggie)

Now that winter season is here, you are likely to spot the vegetable markets with healthy greens, which includes broccoli as well! Make the most out of this seasonal vegetable and make for yourself some healthy broccoli tikkas.

Here's How You Can Make Broccoli Tikka At Home:

To begin with, boil the broccoli florets for 2-3 minutes or until they are partially cooked.
Strain the florets and put them under cold running water.
Now take a bowl and add curd to it along with all the spices and lemon juice. Mix well.
Add the all broccoli florets in the same bowl and mix well until they are coated evenly with the mixture.
Keep them in the refrigerator for about 5 minutes and then dry-roast them on a hot tawa.
You may use a little oil for roasting the broccoli on the both the sides until it turns golden brown.
Instead of serving the tikkas with calorie-laden mayonnaise dip, pair them with hung curd dip and make your meal wholesome.

In your next grocery visit, stock up on this healthy veggie and prepare tasty and healthy broccoli tikkas at home. You can use this veggie to make a plethora of other yummy delights as well like broccoli parathas, broccoli chips, broccoli cutlets etc.