Indian Cooking Tips: How To Make Soft And Fluffy Roti Like A Pro! 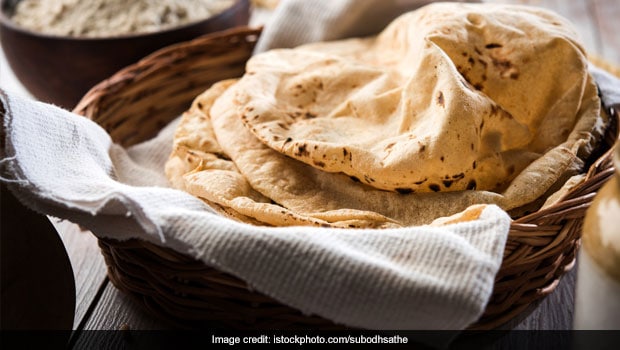 For someone who has just started out their cooking endeavour in the kitchen, making the perfect roti can seem like quite a task. The double goal of making roti round and soft at the same time is no easy feat. If you've tried all recipes promising to make soft and fluffy rotis and failed, let us break it to you that the key to success lies not in the recipe but the skill with which the recipe is followed. And to do that, you just need to discover the right techniques to make a go of it.

We will help you have a crack at making those feathery rotis you've tried so hard at. Here are some no-fail tips to make soft roti or phulka or chapatti for your Indian meal.

(Also Read: How To Get Perfectly Crispy, Fluffy Pooris Every Single Time)

Roti is an important part of everyday Indian cuisine.

1. The first step of making roti is kneading dough for it. Using warm water for kneading will ensure your roti turn out softer. Also, make sure that the roti dough is squidgy but not sticky. Rest the dough for some time before making the rotis.

2. When you get down to making the rotis, knead your dough again. The dough might have stiffened during the resting period and kneading again will make it pliable again. Also, keep the dough covered with a wet cloth while rolling and cooking rotis.

3. Another tip that always works is to grease your rolling pin and board at the start. This will help prevent the roti sticking to both and you won't have to use too much dry flour that can harden the roti while cooking.

4. Many people think that thinner the roti, softer it will be. Well, that is so not true. Too-thin a roti can dry out and become paper-like. So your rolled roti should not be too thick and not too thin either.

5. Now here's a great trick to make fluffy bread. First cook your roti till it forms bubbles on both the sides, on a non-stick tawa, and then place it one the direct fame to puff up. Just remember, not to keep the roti on the tawa or the flame for too long, just for a couple of minutes till it's cooked.

6. Always, we repeat - always, preheat the tawa on which you will make your roti so that the roti doesn't spend too much time on the gas. Lesser the cooking time, the softer your roti will be.

7. Last but not the least, dust off excess flour from the roti before tossing it on the pan. Too much dry flour will make your roti dry and not soft like you'd want it to be.

How you make your roti speaks volumes about you good a cook you'll end up being. So, give the right start to your cooking venture and make soft rotis like a pro.