Indian Cooking Tips: This Roasted Kaju Namak Pare Can Be A Delicious Addition To Your Snacks Menu

Namak pare is popular in every part of India as a tea-time snack. Adding some more crunch and health to the usual namak pare, we bring you 'Roasted Kaju Namak Pare'. 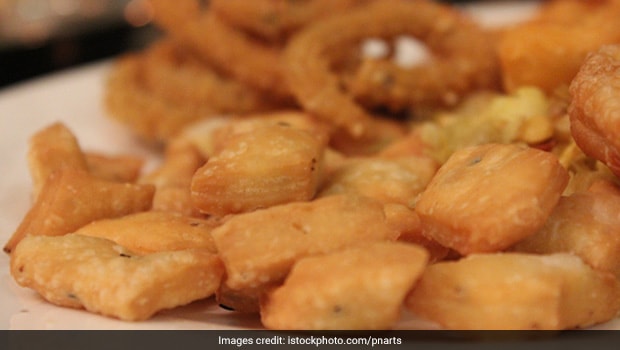 Namak pare is a bite-sized, deep fried snack, flavoured with salt, ajwain and spices. It is also referred to as nimki or nimkin. This dish is popular in every part of India as a tea-time snack, and you can also add this to your festive menu like Holi that is coming soon. You would be surprised to know how easy it is to make it at home. Whenever we talk about kaju or cashew nut, the first thing comes in our mind is a sweet and crunchy taste. Alongside, cashews are also known for their health properties.

Cashew nut is loaded with monounsaturated oleic acid and omega-3 alpha linolenic acid (ALA) and other healthy vitamins and minerals. Despite all these nutritional values, cashew has a reputation of inducing weight gain. Clearing the air, Consultant Nutritionist Rupali Datta said, "Cashew nuts do not induce weight gain, unless consumed in excess. They have such reputation because of the calorie content, but if mixed with some other nuts (almond, walnut, raisin, et al), they wouldn't affect much. But again, one must remember, it should be consumed in smaller quantity." She further suggested roasted cashew nuts for consumption, instead of fried or salted ones.

Take atta, maida, salt, sugar, ajwain and crushed kaju in a bowl and toss and mix them well.

Add ghee and mix again. You can also use a combination of oil and ghee.

Slowly, add water and knead it to a soft dough and cover it for 30 minutes.

Now roll the dough to the desired amount of thickness, It is advisable to keep it thinner for better baking purpose.

Now cut the dough into whatever shape you want the namak pare to be.

Place them on a baking tray and with a fork, prick the namak pare, so that it doesn't puff.