Soya is a great source of vegetarian protein and is a super versatile one when it comes to culinary experiments. Soya chaap is one of the most popular dish that you can now try at home. 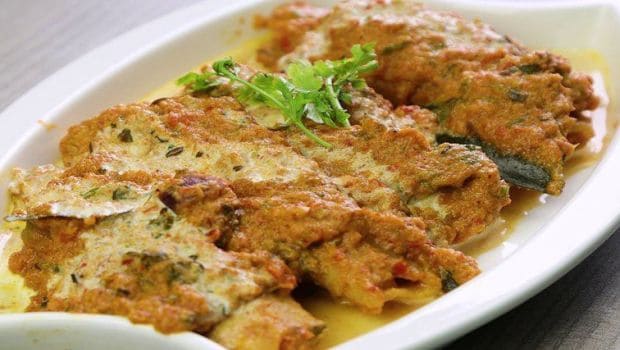 If you are a staunch lover of non-vegetarian food who loves to gorge on all things meat, soya chaap is one vegetarian pick that might amaze you with its flavours that are similar to chicken and mutton. The juicy and succulent chaap is made with soya which perfectly apes a meat dish and that's what makes it a great option for both vegetarians as well as non-vegetarians. Soya isn't just delicious but is also an excellent source of protein. It is one of the major vegetarian sources of protein, which not only helps build and repair muscles but also induces a feeling of satiety. This facilitates weight loss by keeping untimely hunger pangs at bay.

While animal sources of protein are considered the best and there is no dearth of them, plant-based sources of protein are few. Soya is one of them besides paneer and tofu. Made with soyabean, soya chunks are widely used across Indian homes and restaurants in various culinary ways. Soya chaap is one of the most delicious ways to include protein-rich soya in your diet. Owing to its growing popularity, a host of eateries across north India serve this delightful dish on their menu. Be it soya chaap rolls, wraps, chaap gravy or even tikkas, the sheer variety of soya chaap can give a good run to chicken and mutton tikkas for their money. But, did you know you can make a mouth-watering soya chaap curry at home as well?

We have a super easy and drool-worthy soya chaap curry recipe that you can try at home. Pan-fried soya chaap sticks are tossed into thick and spicy gravy of tomato-onion paste. The gravy is a flavourful mix of a host of spices such as cumin, coriander, ginger-garlic paste, red chilli, kasoori methi, garam masala, among others. The addition of cream brings a luscious, rich flavour to the gravy.