There are lots of threads on Quora expressing concern about the supposed harmful effects of putting honey in warm milk or any hot beverage. Are these claims really true? Or is this another food myth, this time propagated by our ancient system of medicine, Ayurveda? 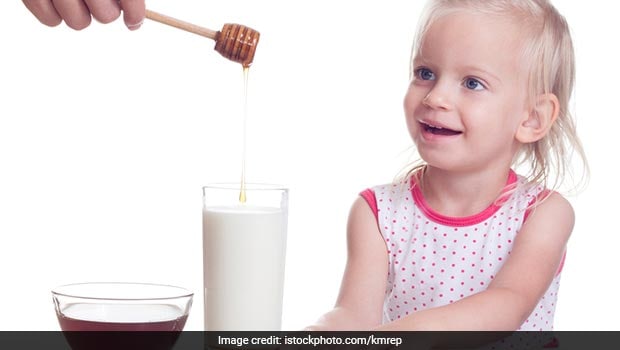 It was late at night when I was about to go to bed with a cup of warm milk with honey in it, and a book tucked under my arm, when I got a call from my mother. After making the usual small talk, she asked me what I put in my milk and when I told her, she asked me to throw the milk away. Taken aback by this sudden reaction of my mother's, I asked her the reason. She explained to me that she had read in the newspaper that very day, that mixing it with hot beverages not only reduces health benefits of honey, but even makes it toxic!

Not entirely convinced about the veracity of this claim, I decided to probe it further. There were several queries on the micro-blogging website Quora expressing similar concerns about the supposed 'toxicity' of honey when it's mixed with a hot beverage. The answers were enlightening but vague. However, pretty much all of these answers dismissed the concern about honey, as a myth and an overstatement.

Honey has long being hailed as a healing golden liquid, which has many medicinal properties. Raw honey is anti-bacterial in nature and has been proved to be so by multiple studies and experiments conducted on it. It's used in a number of home remedies for beauty treatments for healthy skin and hair, and even for treating small wounds. However, the ancient Indian practice of Ayurveda stressed on the fact that honey should never be cooked with or heated.

Some people are convinced that consuming heated honey can be fatal! That's because heating anything with sugars can release a chemical called 5-hydroxymethylfurfual or HMF, which is believed to be carcinogenic in nature. But this is true for everything that contains sugar, not just honey. So it's established that heating honey can certainly increase its toxicity. But is it toxic enough to actually harm your body?

Does honey turn toxic when mixed with warm milk?

A study conducted by National Center for Biotechnology Information on the adverse impacts of heating honey as well as mixing it with ghee, advises against both. The study concludes, "..heated honey (>140°C) mixed with ghee produces HMF which may produce deleterious effects and act as a poison in due course." Note that the temperature increase allowed for honey is less than 140 degrees, which is far less than the optimum temperature at which your glass of milk is probably going to be. This is the reason behind the belief that heated honey can be toxic. (Also Read: Honey, Lemon and Water: Urban Myth or Miracle Potion?)

However, the table comparing amounts of HMF in the study showed only a meagre increase in the amount of HMF in heated honey- from 25 parts per million to 75 ppm. That's far less than the amounts of HMF found in a lot of other foods. Moreover, there is no substantial proof of HMF being carcinogenic for humans.

Mixing honey in hot milk may not be as toxic as Ayurveda would want you to believe. Heating honey to temperatures higher than 140 degrees might be less beneficial for your body as some nutrients tend to get denatured, but it's definitely nowhere close to being fatal. The best way to enjoy milk with honey is to make sure the milk is cooled down a bit, before shaking in that spoonful of the natural sweetener in it.