Is Sitting Down Bad for My Health? 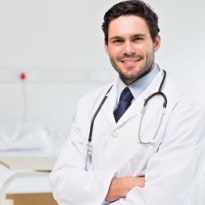 The more time you spend sitting, the greater the chances of dying from heart disease or cancer, having a stroke or becoming diabetic. Even GPs now advocate standing during consultations

We spend half our lives sitting down - and studies show it increases our risk of dying from practically any disease you can think of. But there is something we can do about it - we can simply stand up. Research in the British Journal of Sports Medicine shows that reducing sitting time increases the length of your telomeres. Not familiar with telomeres? They are the protective caps made of DNA and protein that sit on the end of chromosomes and try to stop damage during cell division. They affect how long cells live, with shorter telomeres being linked to diseases related to ageing, such as heart disease, many cancers, diabetes, obesity and strokes. Researchers are hypothesising that developing longer telomeres may be a mechanism by which standing up delivers a longer, healthier life.

Even doctors are advocating they should stand at work - so it must be serious. An article in the BMJ by Dr Mohammed Rashid at the University of Cambridge argued that GPs are risking their health by sitting all day. He suggests that more consultations could be done with doctors and patients both standing.

This latest study is particularly interesting because longer telomeres were most marked not in people who exercised, but in those who most reduced their sitting - exercise cannot neutralise the ill-effects of being sedentary for the rest of the day. This supports previous studies that found it was something specifically about sitting for hours that wasn't healthy.

Sitting for long periods means you don't contract your large skeletal muscles and this may impact on the body's metabolism. Levels of unhealthier types of fat, such as triglycerides, increase while the high-density lipoproteins (good cholesterol) are reduced.

Shorter sitting times, regular short walks and watching less television may all reduce the risk of increased heart disease and diabetes. In studies, television time is often used as a proxy for sitting. One study was brutal in how it put the facts: an adult who watches an average of six hours of television a day over his or her lifetime can expect to live 4.8 years less than someone who does not watch television.

Top Photo: Stand up for your health: even doctors are being urged to do it when they are with patients. Photograph: Alamy