Banaras ka Paan that impressed Shah Rukh Khan and Anushka Sharma. Have you tried one yet? 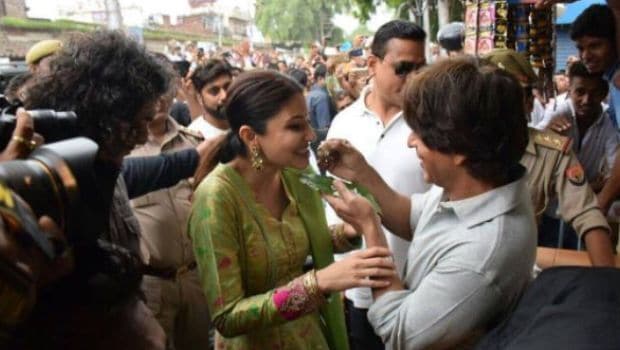 Listen to the latest songs, only on JioSaavn.com
The much awaited movie of the week - Jab Harry Met Sejal - has finally released in the theatres today. Directed by Imitiaz Ali and starring Shak Rukh Khan and Anushka Sharma, this romantic comedy brings together the popular pair back again after Jab Tak Hai Jaan. In the recent few weeks, the actors have been seen across the country promoting their film, and one such activity led them to Banaras, a city which is known for various specialities. But it was one particular speciality from Banaras that caught Anushka's attention more than anything else, and it's none other than Banaras ka Paan.

It is said to be Shah Rukh Khan's as well as Anushka's first ever visit to the city of temples. And what better way to soak in some local vibes than indulging in the world famous paan? Anushka posted on her Instagram stating that one can't go to Banaras and not try the famous paan.

So what's so thrilling about the paan?

There are various ingredients that go into the Banarasi paan. The betel leaf itself is said to have a slightly sweet flavour as compared to other leaves, and it is then smeared with Kathaa or Catechu, which is an extract from acacia trees that undergoes various treatments to finally form a reddish-brown spread. This is what lends the Banarasi paan its characteristic taste. Other ingredients that are included are pickling lime (choona), plain tobacco (surti), barash, cardamom, peppermint powder, and rose water. There are metha paan options that are filled with desiccated coconut, confetti, gulkand, etc.

The paan is made right in front of your eyes, and there's a charming way in which it is served to the customers. So yes, a trip to Banaras is definitely incomplete without trying Banaras ka Paan.