Just Probiotic Drinks Won't Do: Here's Why You Need A Healthy, Fibre-Rich Diet For A Healthy Gut 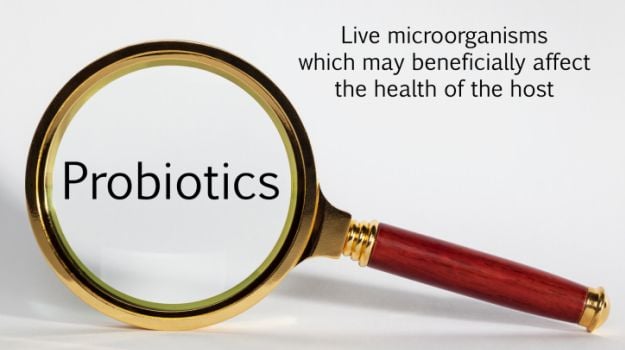 Probiotic drinks and foods have been promoted by health experts for a long time now. Our understanding on the benefits of dietary probiotics is based on growing research evidence, which suggests that healthy gut bacteria can help our body in numerous ways, from keeping our mood swings in check to regulating our weight and maintaining digestive health. But a new study has warned against possible side-effects of probiotic drinks. Researchers from the University of Washington in Missouri U.S. have published a study that shows that one particular strain of bacteria sold in Europe in an anti-diarrhoea probiotic drink can go 'bad' and can attack the protective coating of the intestine.

This, the researchers said, may increase the risk of irritable bowel syndrome (IBS) in people. The study, which was published in the journal Cell Host And Microbe, was conducted on mice. The researchers found that high fat and sugar diet, the use of antibiotics and even the presence of other bacteria in the gut, all boosted this surprising and unpredictable evolution of probiotics. The study was titled, "Adaptive Strategies of the Candidate Probiotic E. coli Nissle in the Mammalian Gut". The study said, "Unlike abiotic therapeutics, probiotics can replicate in their intended site, subjecting their genomes and therapeutic properties to natural selection."

For the research, the scientists studied a probiotic E. coli Nissle that was isolated from the E. coli bacteria and observed how the probiotic reacted in the guts of mice with normal as well as depleted microbiomes, before and after antibiotic treatments. The researchers also tested the bacteria after administering the mice with different types of diets with varied levels of fibre. The mice were divided into three groups. The first group was fed high-fibre diet, another ate low-fibre and fat and sugar-rich diet and the third group was given Western-style food pellets with fibre supplements.

After DNA tests from all three control groups, the bacteria was not seen to have evolved in bacteria with a healthy microbiome, but in those with depleted microbiomes, the bacteria were seen to develop resistance to antiobiotics after encountering them. Some were even observed to have developed the ability to eat away on the intestinal lining, effectively turning against the host mice.