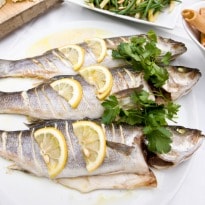 Already sky high, the price of fish, a regular item on a Keralite's dining table, is set to soar even higher in the state, as the trawling ban comes into effect starting 14th June for the next 47 days.

According to fish vendors in the capital's markets, the prices have already started to go up.

The trawling ban has been an annual feature since 1988 and the sea till 12 nautical miles from the Kerala coast (the territorial waters of India) will become silent with foreign trawlers and mechanised boats banned from casting their nets.

Listen to the latest songs, only on JioSaavn.com
"This ban is part of conservation as the monsoon is the spawning season for many varieties of fish, including shrimp," said K.P. Laladhas, member secretary of Kerala State Biodiversity Board.This ban, however will not be for those who fish on canoes (the traditional Vallom that's fitted with a small motor).

CommentsDuring this period, all those working in mechanized boats, peeling sheds and harbours would be entitled to get free rations.