Should You Or Shouldn't You Eat Fish And Milk Together?

It is a common belief that if milk and fish are consumed together, it may lead to skin patches or pigmentation on the skin. 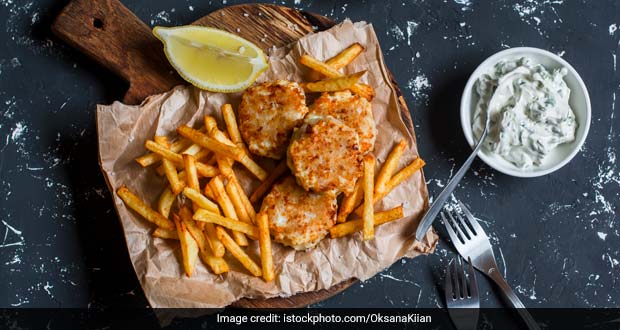 A number of fish dishes are prepared with curd as an essential ingredient.

A drawback for all seafood lovers, a word of caution is often cited along with the consumption of fish and milk together. It is a common belief that if fish and milk are consumed together, it may lead to skin patches or pigmentation on the skin. If we are to go by rabbinical beliefs, in Jerusalem, it was believed that milk and fish is a disastrous combination and is hazardous for your health. However, modern science begs to differ. Scientifically speaking, there is no evidence to prove that drinking milk after fish can be harmful or could result in pigmentation of the skin.

A number of fish dishes are prepared with curd as an essential ingredient and curd is a dairy product, thus this theory becomes redundant. While it cannot lead to adverse side effects like skin pigmentation, at the most it could lead to slight indigestion but that too, depends, from one person to another. But the ambiguity regarding this combination doesn't seem to end to here. We asked Dermatologist, Dr. Deepali Bharadwaj and she agrees that this combination should be avoided, "Fish and milk must never be had together. It can cause terrible allergies."

(Also Read: 5 Untold Things About Milk That We All Must Know!)

When we turn towards Ayurveda, we encounter similar reasons. According to Ayurvedic Expert Dr. BN Sinha, fish is a non-vegetarian product and milk, even though it is an animal product, is considered vegetarian. This renders the combination as incompatible. Consuming them together increases the tamas guna in the body which could lead to an imbalance. It also gives rise to certain chemical changes in the blood. This leads to skin pigmentation or a condition also known as leucoderma, he tells us.

Delhi-based Nutritionist, Dr. Tapasya Mundhra, explains that no kind of dairy product go well with protein-rich foods. One reason is that milk has a cooling effect on the body while fish has a heating effect on the body as it is rich in proteins and when they breakdown during digestion a lot of energy is released.

(Also Read: 6 Myths About Milk That You Need to Stop Believing)

With majority of people inclined towards believing that fish and milk is a harmful duo, science does not assert the same. There is still no explicit evidence to prove the consequences. An ideal Mediterranean meal, which is now being considered as one of the healthiest diets globally, includes a combination of fish, yogurt or milk along with cereals, healthy fats and nuts. A lot of studies have been conducted which show that the combination of ingredients in a Mediterranean diet can be really beneficial in keep heart diseases, diabetes and even mental health problems like depression at bay.

(Also Read: 7 Hard To Beat Reasons to Have More Fish)

According to Bangalore-based Nutritionist Dr. Anju sood, since there is no evidence to prove that diary products eaten in combination with milk gives rise to vitiligo, you don't really need to work. She therefore states, “There is absolutely no harm in eating them together."

It is clearly evident that there is no visible consensus regarding the consumption of diary products and fish together. Even though as a precautionary measure it is suggested that the combination must be avoided.