Ledikeni: A Case of Mispronunciation, Curiosity and Oodles of Sweetness

According to the most popular legend, a special sweetmeat was prepared by ace confectioner Bhim Chandra Nag in the honour of Lady Canning, the wife of the Governer General Lord Charles Canning, during her stay in India from 1856 till her death in 1861 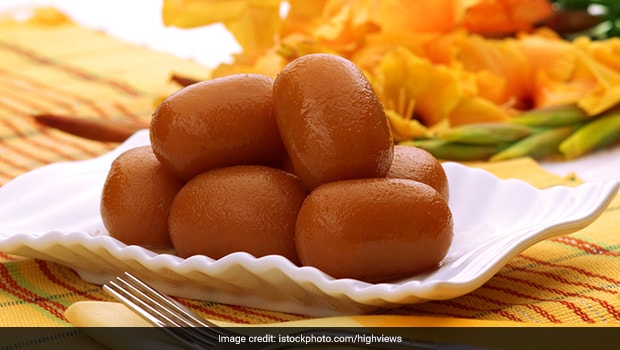 If you are even remotely aware of Bengali cuisine you must know just how seriously we take our desserts. Creating some of the most delectable wonders from split milk or chenna is certainly no mean feat for Bengalis; be it the soft and juicy Rasogullas or the delicate Kaacha Golla, the delectable Sondesh or the decadent Kheer kodomb. Chenna based sweets have taken the fancy of all sweet lovers across the country, binding them together as lovers of all things sweet and amazing. Of course, not all Bengali sweets are chenna based, case in point desserts such as Lobongo Lotika and Mishti Doi, but chenna sure has a special place in Bengali dessert recipes. Ledikeni is one such dessert made using chenna, it is cylindrical in shape and reddish brown in colour. Resembling its famous cousin from up North - the 'Gulab Jamun' in appearance, ledikeni  is made by frying chenna and flour moulds in oil or ghee, which is then sweetened in sugar syrup. Gulab Jamun, on the other hand, is made from Khoya or reduced milk.

History of LedikeniThe sweet is said to have been originated in Kolkata during the British Raj. And its peculiar name has a sweet legend of its own. According to the most popular legend, a special sweetmeat was prepared by ace confectioner Bhim Chandra Nag in the honour of Lady Canning, the wife of the Governer General Lord Charles Canning, during her stay in India from 1856 till her death in 1861. Bhim Chandra Nag was one of the most reputed confectioners of Bengal whose shop in Kolkata's Chandni Chawk, Bowbazar still upholds the great legacy he left behind.  It is said that the dessert was prepared in honour of Lady Canning who was coming to India to be with her husband. To commemorate her visit in India, the confectioner prepared the sweetmeat for her. Some versions also say that the sweetmeat was prepared on one of her birthdays. Lady Canning grew so fond of the sweet that she would often call for the sweet on all the special occasions and parties held at her palace. There are also legends that suggest that the sweetmeat was made by the confectioners of Behrampur after the mutiny of 1857, to commemorate the visit by Canning and his wife to India. Whatever maybe the origin of the sweetmeat, its association with Lady Canning earned it a name which became very popular with the local population. They soon started referring to the dessert as 'Ledikeni ', a localized alternate pronunciation of 'Lady Canning'!  Lady Canning who passed away in the year 1861, made the sweetmeat popular across Kolkata and all of Bengal. People would throng the market to buy the sweet that supposedly caught the fancy of the Viceroy's wife.

The sweetmeat gained such massive popularity across Bengal that soon no Puja celebrations were complete without ledikeni. People often confuse it with 'Pantua', which is slightly oval in shape a compared to ledikeni. Ledikeni also may have a fragrant cardamom essence and raisin in the middle of its elongated cylindrical case.

The next time you are in west Bengal, do try the iconic dessert .