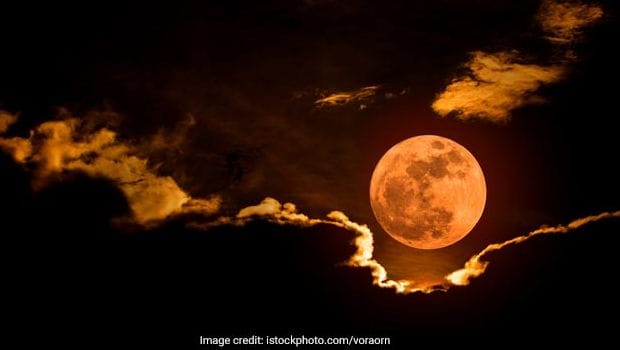 After the rare solar eclipse that took place a couple of days ago in December, sky watchers are eagerly awaiting the lunar eclipse (or Chandra Grahan) that will occur on 10th January 2020. This would be the first of four lunar eclipses that are slated to take place this year. The eclipse would be visible in parts of Europe, Africa, Asia and Australia. It is expected to last for four hours. Lunar eclipse occurs when Moon travels behind earth. It appears dark as it passes into the earth's shadow. In complete lunar eclipse, Earth comes directly in between sun and moon. The eclipse that we will foresee on the 10th January would be a partial lunar eclipse. For generations, eclipses have inspired awe among people. There are copious amounts of legends and myths associated with the celestial event.

Many communities refrain from eating or drinking water during the span of the eclipse. According to some beliefs, cooking food and cutting fruits and vegetables and keeping it out in open is also prohibited. It is said that some harmful radiations during the eclipse may tamper the food and make it unfit to eat. However, there is very little to no scientific backing to these claims. Modern scientific experts have dispelled such correlations saying that these heavenly bodies are moving all the time, select transitions do not leave much impact on food.

Dr. Ajay Kumar, Chairman Fortis Escorts Liver and Digestive Diseases Institute says lunar and solar eclipses are known to cause various changes in electromagnetic field, gravitational forces and light energy around us. He also said that behaviour changes are well known and documented and lesser known are changes in cardiac, gastric, hormonal changes in body leading on to increased number of emergencies and doctor consultations during this period. He further cautioned that fear must not promoted and emphasised on the need for science to study these aspects in more detail.

When Is Next Lunar Eclipse?