Malai paan, malai ki gilori or Balai ki gilori, call it whatever you like but this heavenly treat from the streets of Lucknow is sure to get you drooling at the first bite. 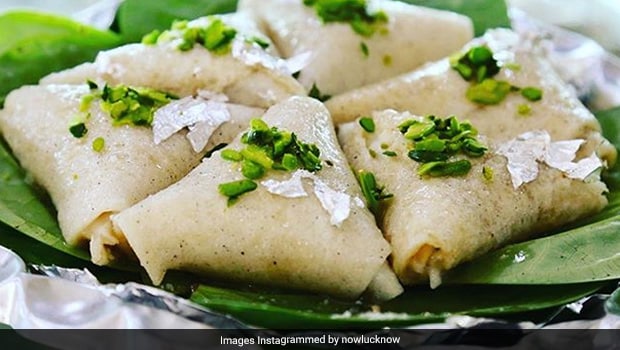 Have you tried malai paan from Lucknow yet?

Lucknow might be known as the city of Nawabs but for foodies like us, it is the culinary haven of succulent kebabs, aromatic biryanis, chaats and other lip-smacking delicacies that can only be found in the capital city of Uttar Pradesh. The city's rich history of Mughals crawls into the culinary heritage in the form of slow-cooking techniques to make mouth-watering dishes that are simply irresistible. If you've been to Lucknow and not mapped the popular food spots it has to offer, your visit there is incomplete. Even after countless food explorations, anecdotes by food historians and what not, there are certain hidden gems from the streets of Lucknow left to be given their much-deserved dues.

While this would make you think of some unexplored chaat or kebab, what we have here is actually a paan. Yes, Malai Paan, and you heard it right. Call it Lucknavi malai paan, malai ki gilori or what the locals would call it Balai ki Gilori, the name itself spells decadent in every way.

(Also Read: What Goes Into The Making Of Lucknow's Famous Tokri (Basket) Chaat?)

As the name suggests, malai ki gilori is exactly how you would expect it to be. Melt-in-mouth, delicate and super delicious, malai paan literally had us at the first bite. The beauty of this drool-worthy treat comes with a stuffing of nuts and mishri encased in a super thin paan-shaped covering of malai with a hint of rose and kewra water. It is topped with silver varq for a royal look and rich texture. As per some of the folklores, malai paan was invented in the Lucknow of yore in around 1800s as a substitute to tobacco and paan, since they was banned during the rule of one of the Nawabs of Awadh. The betel leaf was replaced with malai or milk cream, stuffed with mishri along with dry fruits and was designed and folded like a paan. So, you get the feel of eating a paan without eating one.

While this delicacy has been tried and tested by various people and chefs around the country, yet no one could come close to what you actually get in Lucknow. Probably, that is why very few people actually know about this best-kept indulgent treat from the city. Malai gilori hence is a must-try when you visit Lucknow next and maybe get some back for us!