McDonald's to Ban Use of Antibiotic-Fed Chicken 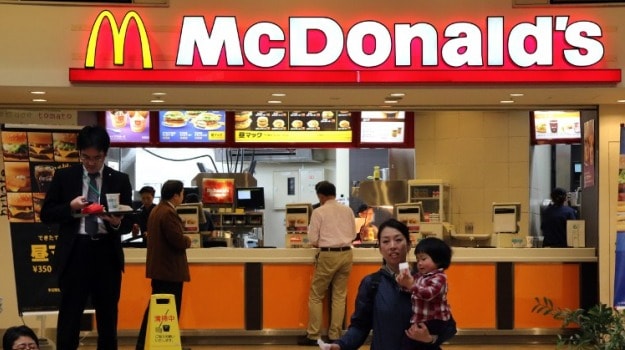 McDonald's has decided to start using chicken raised without antibiotics which is extremely important to human health and also use milk from cows that are not treated with the artificial growth hormone rbST.

(McDonald's Says No to Chinese Chicken, Opts for Thai)

Many cattle, hog and poultry producers give their livestock antibiotics to make them grow faster and ensure they are healthy. This practice has become a public health issue, with officials saying it can lead to germs becoming resistant to drugs so that they're no longer effective in treating a particular illness in humans.

Chipotle and Panera already say they serve chicken raised without antibiotics, but the announcement by McDonald's is notable because of its size; the company has more than 14,000 US locations. Chipotle has nearly 1,800 locations, while Panera has almost 1,900 locations.

"This really does move the ball quite a bit," said Gail Hansen, a senior officer with the antibiotic resistance project with The Pew Charitable Trusts. Hansen noted that ionophores, the antibiotics that will be allowed by McDonald's, are not considered medically important for humans and are not even considered antibiotics in Europe.

(McDonald's Disguises Itself as a Health-Food Cafe)

Promoted
Listen to the latest songs, only on JioSaavn.com
The announcement comes as McDonald's Corp. struggles to transform its image amid intensifying competition from smaller rivals positioning themselves as more wholesome alternatives.

The company has long battled negative perceptions about its food, but that has become a bigger vulnerability as more people shift toward options they feel are made with ingredients that are higher quality or meet standards on social responsibility.