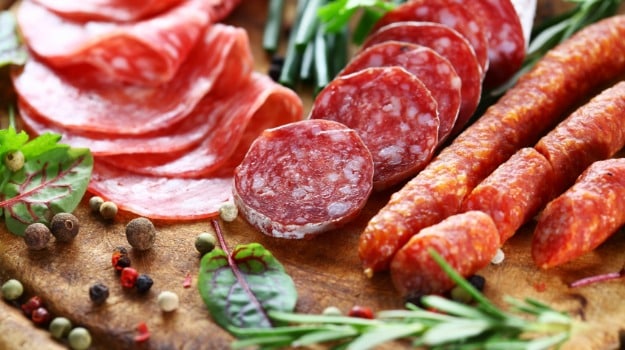 Meat products sold across the European Union often contain less meat than labelled or even a different kind altogether, a consumer watchdog said two years after the horsemeat scandal. Customers are unwittingly buying meat pumped up with water, additives such as sulphites in minced beef, and chicken masquerading as veal in kebabs, according to a report by the European Consumer Organisation BEUC.

Europe's food has been under scrutiny since a scandal erupted in 2013 over the discovery that horsemeat was being passed off as beef in burgers and other products, triggering the recall of millions from supermarket shelves.

"If we are serious about rebuilding confidence in meat, EU member states need to beef up controls and make sure labels are complete and accurate," BEUC director Monique Goyens said in a statement.

"Consumers buying roast pork or grilled sausages should know from the label how much meat they really contain. No one wants to buy water for the price of meat," she said.

Listen to the latest songs, only on JioSaavn.com
The watchdog said in recent months there had been frequent cases where labels failed to highlight added water or declare the percentage of meat in the product. Findings also revealed the use of illegal food additives and the use of undeclared mechanically-separated meat and the fraudulent use of other species as a substitute. It recommended more frequent checks by EU authorities and urged Brussels to prioritise efforts to fight food fraud.The findings come a day after a separate study by a campaigners showed that one third of fish served in Brussels restaurants - including in the EU's own canteens - was often a cheaper version to that shown on the menu.

Comments(Food label changes as proposed by the FDA)